Home » Cricket » Ind vs Eng 2021: Credit to India, they outplayed us in all the three departments – Joe Root

Ind vs Eng 2021: Credit to India, they outplayed us in all the three departments – Joe Root 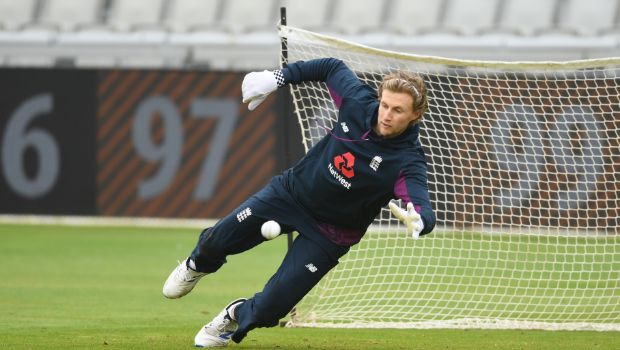 England captain Joe Root has given credit to the Indian team and admitted that the opposition completely outplayed them in all three departments of the game.

India posted a par score of 329 runs in the first innings after Rohit Sharma scored a magnificent knock of 161 runs. Furthermore, Ajinkya Rahane and Rishabh Pant also chipped in with half-centuries.

Subsequently, Ravichandran Ashwin scalped a five-wicket haul in the first innings as he returned with figures of 5-43 to take his 29th Test fifer. Virat Kohli then played a gutsy knock of 62 runs whereas Ashwin scored his fifth Test century as he scored 106 runs. Axar Patel, the debutant, then scalped his maiden five-wicket haul in the second dig.

Thus, the Indian team came up with a collective team effort as they obliterated England by 317 runs – which is their fifth biggest win in the Test fold (in terms of the number of runs) and the biggest against England.

On the other hand, England lost the Test match when they were skittled out for a paltry score of 134 runs in the first essay and it was always going to be an uphill task for them to bounce back after conceding a first-innings lead of 195 runs.

Meanwhile, Root feels his team should learn from India how to bat and bowl in challenging conditions. Ergo, the English captain is hopeful that his team will bounce back stronger in the last two Test matches of the series.

Root said in the post-match presentation, “Credit to India, they outplayed us in all three departments. It has been an education for us, you could come up with conditions like these, and we have to learn from this and find a way to score runs. We need to learn to build pressure and bowl six balls at one batsman. On day one we could have been a bit tighter, squeeze the game a bit more and make it harder for them to score. From day two it was a very difficult wicket to bat on. But we have got to be smarter about how we’re building an innings.”

Root also noted that there were some positives for his team as Ben Foakes was brilliant behind the stumps and scored a gutsy knock of 42 runs in the first innings. Moeen Ali also scored a quickfire knock of 43 runs in the second innings and it must have given him some confidence.