Ind vs Eng 2021: Don’t know how we are going to dismiss Virat Kohli – Moeen Ali 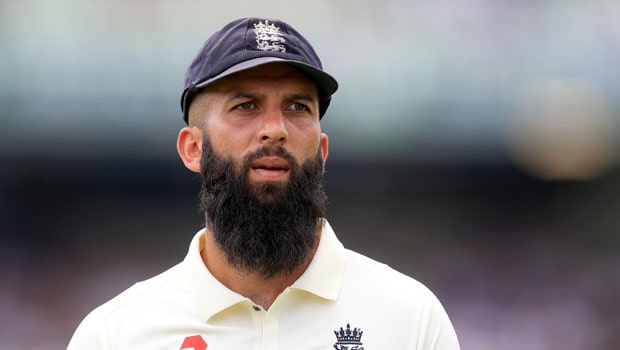 England’s all-rounder Moeen Ali has raised doubts on how his team is going to dismiss the Indian skipper Virat Kohli as he doesn’t have any chink in his armor. Kohli had recently missed the last three Test matches against Australia to be with his family for the birth of his first child.

The talisman will be hungry to score runs and give his best to the team. Kohli has an impeccable record in the Indian conditions and he had scored 655 runs in five Test matches when England had toured back in 2016. Thus, Kohli will look to replicate the same kind of performance.

Kohli is one of the best batsmen in the world and there is no doubt that England bowlers will have their work cut out against him. Ergo, Kohli is going to hold the key for the hosts in the upcoming series. Ali added that they have a bowling line-up to get the better of the Indian captain and they have some serious pace in their fast bowling battery.

“How do we get him out? He’s obviously an amazing player, world-class, he’s very motivated to do well, and I’m sure he’ll be even more motivated after they did well in Australia and he had to leave for the birth of his child. I don’t know how we’re going to get him out [specifically] because I don’t think he has any sort of weakness, but we have a good bowling attack, some pace in the line-up,” said Moeen Ali while in a virtual press conference.

On the other hand, Moeen Ali had missed the recently concluded Test series against Sri Lanka as he was tested positive for Covid-19. Ali added that he wants to achieve little targets and he is eyeing 200 Test wickets. The off-spinner currently has 181 wickets in the Test fold.

“I still feel I’ve got wickets and runs in me and match-winning performances within me. I have little targets I want to achieve first. I am not too far away from getting 200 wickets. I know people say they don’t look at these things, but it would be something I would look at. Then I would set another target after that,” Ali said.

There is no doubt that Moeen Ali is going to hold the key for England if he plays the first Test match. Dom Bess and Jack Leach had done well on the recent tour of Sri Lanka but Ali can add value with his batting to England’s line-up.