Ind vs Eng 2021: Dream to bowl spin in places like India – Jack Leach 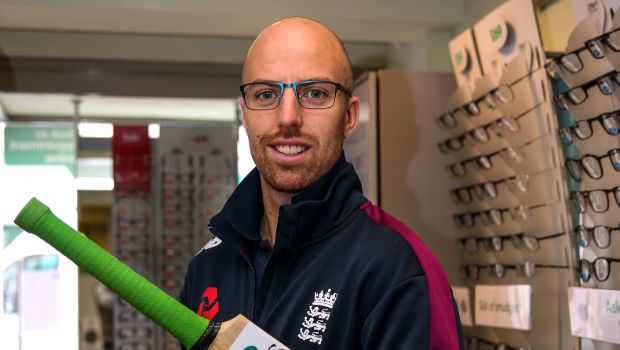 England’s left-arm spinner Jack Leach is looking forward to having a good upcoming series against India.

The spinners always play a key role in the Indian conditions and a lot will depend on the likes of Dom Bess, Jack Leach, and Moeen Ali in the upcoming series.

Leach, who is touring India for the first time in his career, stated that it is a dream for him to bowl spin in India. It is going to be a challenge for the left-arm spinner and he will look to deliver for his team.

Leach had a decent tour of Sri Lanka where he scalped 10 wickets in the two-Test matches he played and he will aim to continue the same against a potent Indian batting line-up. Leach has scalped 44 wickets in 12 Test matches he has played but he is aware of the fact that he will have to be at the top of his game in the Indian conditions against a formidable batting unit.

“It’s just a great opportunity. They are obviously a quality side that has come at the back of a great win in Australia,” the 29-year-old told reporters. “It is a great opportunity for all of us to test ourselves against, on paper, the best side in the world. It is my first time in India. This is what the dream is — to come to places like this to bowl spin.”

Meanwhile, England will begin to train in Chennai on Tuesday after the whole squad returned negative test results for Covid-19. Leach added that he is looking forward to doing some training before the first Test match.

“Being able to adapt and go with the flow. Obviously, it’s not the ideal prep but it’s been the same for India,” said Leach.”I have done some reflecting. I have bowled a few in the mirror. Eager to get back tomorrow and some day’s training before the first Test.”

Leach will look to hit the ground running in the Test series and he is going to hold the key for the tourists along with Dom Bess and Moeen Ali. The spinners will have to deliver their best and if the visitors’ spin attack doesn’t bowl at the top of their game, then it will be a tough tour for them.

The first Test match will begin on February 5 at the MA Chidambaram Stadium, Chennai.