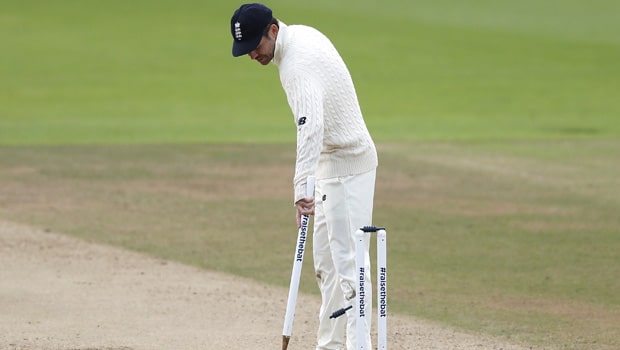 However, it was expected that Anderson might play as Jofra Archer was ruled out of the second Test after an elbow injury. Anderson had bowled a fiery spell of reverse swing in the second innings and had returned with impressive figures of 3-17. Stuart Broad is expected to

England’s pack leader in the absence of James Anderson.

Apart from Broad, England have named Olly Stone and all-rounder Chris Woakes in their 12-man squad. The tourists have also decided to rest Dom Bess, who had scalped five wickets in the first Test match against the hosts.

Moeen Ali, who has all the experience under his belt, has been named in the 12-man squad. Jos Buttler will return back to England as part of the rotation policy of the ECB and Ben Foakes will take the wicket-keeping gloves as he will play after a long gap of two years.

England had taken a 1-0 lead in the four-match series after they won by a massive margin of 227 runs. Joe Root was the star of the first game as he had scored a majestic knock of 218 runs. Thus, the English captain was awarded the Player of the match.

The second Test match will be played at the same venue of Chepauk Stadium from February 13.