Home » Cricket » Ind vs Eng 2021: England are not behind in this game due to the pitch – Mark Butcher

Ind vs Eng 2021: England are not behind in this game due to the pitch – Mark Butcher 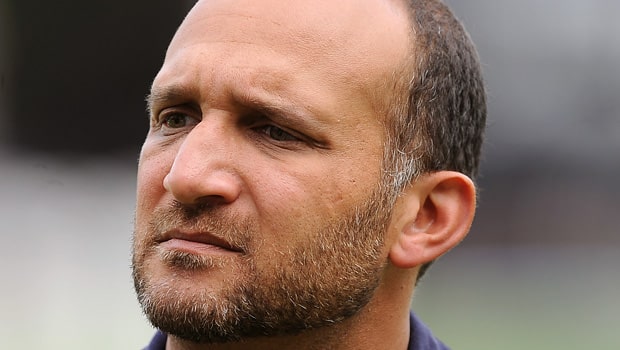 Former England batsman and now commentator Mark Butcher has stated that England are not behind in the game due to the pitch. A lot of cricket boffins believe that the pitch is not fair as the ball has been turning square from the opening session of the first day.

However, Butcher is of the opinion that England are behind in the game because of Rohit Sharma’s masterpiece knock of 161 runs in the first innings. Rohit batted at his best and took the attack against the England bowlers. The talisman was quick to punish the loose balls and played a fine knock despite the arduous conditions.

Furthermore, Butcher believes England bowlers didn’t bowl particularly well on the first day of the second Test match as India posted 300-6. Rohit Sharma and Ajinkya Rahane added a fine alliance of 162 runs and got India into a dominating position. The hosts posted a par score of 329 runs in the first essay.

Subsequently, India dismissed England for a paltry score of 134 runs in the first innings after a five-wicket haul from Ravichandran Ashwin and thus they got a lead of 195 runs.

“First of all, let me make this one point. England are not behind because of the pitch. They are behind because of Rohit Sharma’s brilliant batting in the first innings and because they did not bowl very well on a surface where the ball was going through the top from Day 1. To be frank with you, the game is probably beyond England as it is at the moment,” said Mark Butcher while talking to Star Sports.

On the other hand, Butcher added that he won’t have called this pitch a good one even if England were ahead in the game. The former left-handed batsman feels the ball shouldn’t be going over the top on an opening day.

‘For me, it’s not about the pitch or who’s on top or who’s winning or whether it’s unfair on England. England is out there. You’ve got to play on what you’ve been given. If England were 250 runs in front on this surface, it still wouldn’t be a good pitch for me, that’s all. You can have teams on top on flat ones, you can have teams on top on pitches where it does play a bit. My opinion is that the ball should not be going through the top on Day 1, on any surface in any country, anytime, anywhere in Test match cricket,” Mark Butcher concluded.

Meanwhile, India has put themselves in a consolidated position as they scored 286 runs in the second dig after Ashwin scored a magnificent knock of 106 runs. Thus, England has to chase down the improbable target of 482 runs.