Home » Cricket » Ind vs Eng 2021: England hint James Anderson could be rested in the second Test

Ind vs Eng 2021: England hint James Anderson could be rested in the second Test 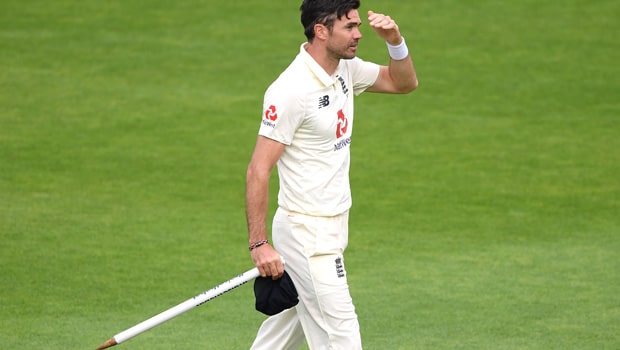 England head coach Chris Silverwood has hinted that the visitors could rest veteran fast bowler James Anderson in the second Test match against India. Anderson had bowled a fiery spell of reverse swing in the second innings of the first Test match at Chennai.

The swing master had dismissed Shubman Gill and Ajinkya Rahane in the same over and had put the tourists right on top. Anderson had also flummoxed Rishabh Pant with a slower delivery in the second innings. Thus, the experienced fast bowler had returned with figures of 3-17 in the second dig and had played a key role in England’s win.

On the other hand, in the absence of James Anderson, England can play veteran fast bowler Stuart Broad. The lanky fast bowler has also taken more than 500 Test wickets and he will be an ideal replacement for James Anderson.

“I am not reluctant to change a winning team if it is the best thing to do for the players and the team and our longevity over a long period. Yes, he (Anderson) is a class act, but you’ll have to wait and see,” Silverwood told media on Wednesday.

“Has it crossed my mind [to play Broad and Anderson together]? Yes, they are both class acts, but things are working at the moment and we have to look after our players… We have got many bowlers here that we could play at any given point. I feel very lucky that I have an abundance of talent,” said Silverwood.

It will be interesting to note England’s combination in the second Test match. The tourists might look to make some changes to their final XI given their rotation policy.

The second Test match will be played at the same venue of Chepauk Stadium, Chennai from February 13.