Home » Cricket » Ind vs Eng 2021: England should be ashamed of what they have done to Jonny Bairstow – Geoffrey Boycott

Ind vs Eng 2021: England should be ashamed of what they have done to Jonny Bairstow – Geoffrey Boycott 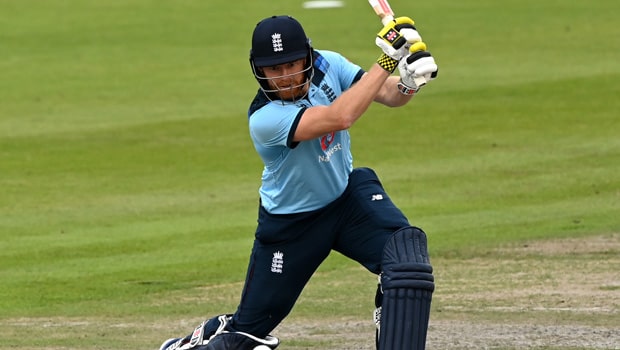 Former England captain Geoffrey Boycott has lashed out at the England selectors for not picking Jonny Bairstow for the first two Test matches against India. Bairstow has time and again stated that he wants to keep the wickets for England in the Test fold.

Jos Buttler had kept the wickets in the first Test match against India and now he will return to England as part of the rotation policy of the ECB. In the absence of Jos Buttler, Ben Foakes will take the gloves as he will play after a gap of almost two years.

However, Bairstow’s exclusion from the first two Test matches raised many eyebrows. Bairstow is one of England’s most technically correct batsman and it was surprising to note when the England selectors decided to rest him after the Sri Lanka tour. Bairstow is expected to return to the Test squad for the last two Test matches against India.

Boycott stated that England should be ashamed of what they have done to Jonny Bairstow as he is not getting consistent chances.

“He (Bairstow) has always said he wants to follow his father as a keeper-batsman. He does not want to be just a specialist batsman but Smith has made that decision and I feel it is unfair. Jonny has missed his opportunity to keep wicket again and England should be ashamed of what they have done to him,” said Boycott while talking to the Telegraph.

On the other hand, Bairstow has been picked for the T20I series against India. Boycott added that England’s chief selector Ed Smith doesn’t want Bairstow to keep the wickets.

“So I get Buttler leaving India but it is poor that Bairstow is not replacing him for the second Test. It has to be because Ed Smith (chief selector) wants to see this other kid, Foakes, get a go. Smith clearly does not want Jonny playing as a keeper-batsman. It seems as if England bring him in and push him out when it suits them. He must feel like a yo-yo,” Boycott added.

Boycott added that Bairstow was not looking for rest but it has been forced upon him. Bairstow had looked in decent form in the series against Sri Lanka but was surprisingly left out of the first two Tests against India.

Bairstow has scored 4169 runs in 72 Test matches at an average of 35. The second Test match will take place at the same venue of MA Chidambaram Stadium, Chennai from tomorrow.