Home » Cricket » Ind vs Eng 2021: England won’t be able to score 482 runs even if given an extra inning – Sunil Gavaskar

Ind vs Eng 2021: England won’t be able to score 482 runs even if given an extra inning – Sunil Gavaskar 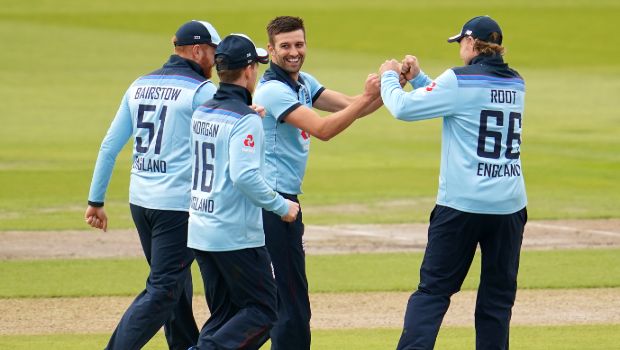 Former Indian skipper Sunil Gavaskar has said that England won’t be able to chase down the gargantuan score of 482 runs even if they are given an extra inning.

England are tottering at 116-7 at the Lunch break on the fourth day. Thus, the Indian team needs another three wickets to win the match and draw level in the series.

England lost four wickets in the opening session of the penultimate day and the visitors are staring down the barrel of the gun. The tourists have found it difficult to bat in the arduous spinning conditions and they have been completely outplayed by the Virat Kohli-led team.

The hosts have come up with a collective effort and they have bulldozed England in the second Test match. Meanwhile, Rohit Sharma had laid the foundation of 329 runs in the first innings as he had scored 161 runs. Ravichandran Ashwin then scalped his 29th five-wicket haul and breathed down the neck of the visitors’ batsmen.

India then went on to score 286 runs in the second dig after a superb hundred from Ravichandran Ashwin and a gutsy 62 from skipper Virat Kohli. Thus, the hosts posted a huge target of 482 runs as they had a first-innings lead of 195 runs.

Gavaskar believes only Joe Root has the ability to play spin. Root is still unbeaten 33 runs but he had the rub of the green on his side as he was dropped on 32 by Mohammed Siraj.

“England will not be able to score the 482 runs even if given an extra inning because they do not have the ability to play spin. There is only one player who has that ability, Joe Root. He is still unbeaten but I don’t think he will bat so well that England will reach the 482-run target,” said Gavaskar while talking to Aaj Tak.

Gavaskar added that England mentally lost when the ball was turning square on day one. The visitors were not able to show the stomach for the fight as they were dismissed for a paltry score of 134 runs in the first innings.

“England had lost in the mind beforehand itself. When they saw on the first day that the ball was turning a little, they started getting doubts in their minds how they would play on this pitch,” added Gavaskar.

The Little Master added that it is a difficult pitch to bat on but it is not impossible to bat. India is on the cusp of victory now.