Home » Cricket » Ind vs Eng 2021: England’s batting in these conditions is not good enough – Andrew Strauss

Ind vs Eng 2021: England’s batting in these conditions is not good enough – Andrew Strauss 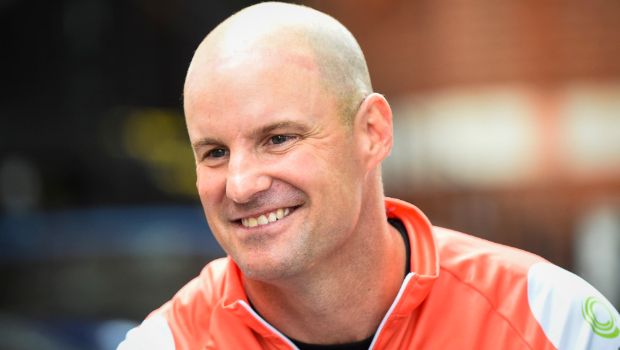 Former England skipper Andrew Strauss reckons that the visitors’ batting in the Indian conditions is not good enough.

England had failed to breach the 200-run mark in their last five innings and could barely go past the total in the first innings as they scored 205 runs in the ongoing fourth Test match against India at the Narendra Modi Stadium on Thursday.

England skipper Joe Root won the crucial toss but the visitors were not able to get going. The tourists were put under the cosh as they lost three early wickets for only 30 runs.

Ben Stokes was the pick of the England batsman as the southpaw scored 55 runs. However, Stokes was dismissed by Washington Sundar. Daniel Lawrence, who was brought in to strengthen England’s batting, scored 46 runs. Ollie Pope showed all the resistance as he scored 29 but England was not even able to get a single partnership of 50 runs in their batting innings.

In fact, the pitch had no demons and it was great for batting but England failed to make the most of the favourable conditions.

“The Indian bowling was good; we’ve come to expect good quality Indian bowling… but let’s not hide away from the truth; England’s batting in these conditions is not good enough, quite frankly,” Andrew Strauss said while talking to Channel 4.

“You can think of all sorts of excuses around pitches and balls and inexperience, but if you want to win in India, you have got to find a way of getting first-innings runs, and England haven’t been able to do that.”

England batsmen were able to get off to starts but none of them were able to get a substantial score. The previous two Test matches pitches were difficult but there were hardly any demons on this pitch.

On the other hand, England has made a solid comeback in the match as they took three early wickets in the first session of the opening day. India are currently 95-4 and they trail England by 110 runs.