Home » Cricket » Ind vs Eng 2021: Game-changing talent, attitude is like that of Ben Stokes – Nasser Hussain on Rishabh Pant

Ind vs Eng 2021: Game-changing talent, attitude is like that of Ben Stokes – Nasser Hussain on Rishabh Pant 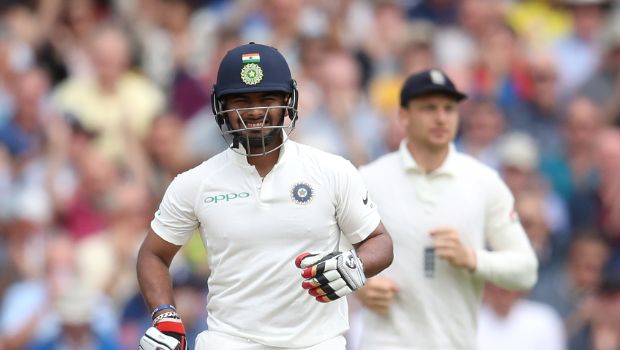 Former England captain Nasser Hussain has heaped praise on India’s wicket-keeper batsman Rishabh Pant. Hussain stated Pant has a game-changing talent and his attitude to similar to England’s talisman all-rounder Ben Stokes, who is known for giving his 120% on the field.

Meanwhile, Rishabh Pant is well known for his blistering batting and he can take the game away from the opposition. Pant had scored a whirlwind knock of 97 runs in the Sydney Test match against Australia and had given a glimmer of hope to the Indian team to chase down the improbable target.

Subsequently, Pant scored a fine unbeaten knock of 89 runs to help his team get over the line in the historic Gabba Test match. Pant was the leading run-scorer on the Australian tour as he had amassed 274 runs in the three-Test matches at an impressive average of 68.50.

Pant continued his sublime form in the first Test against England as he scored a blistering knock of 91 runs from only 88 balls in the first innings. The combative southpaw batsman was able to hit the ground running and scored his runs at more than run-a-ball. The left-hander scored nine fours and five sixes in his knock as he took the attack against the England bowlers.

“Rishabh Pant is an incredible, game-changing talent. If he hadn’t batted in his no-fear style, if he lacked any self-belief, then India would not have won that match in Brisbane last month that completed their greatest ever series victory,” Hussain wrote in his column for Daily Mail.

“Pant does not think about getting out, he just sees the attacking option and knows what he can achieve. If he was a cricketer that worried about what things look like when you get out cheaply, he would not be engineering the kind of result that shocked Australia and thrilled the world at the Gabba.

Hussain added that Pant is courageous in his approach and bats the way he knows, which is to play aggressively. However, there is no doubt that Pant needs to be more prudent in his shot selection.

“His attitude is like that of Ben Stokes. What is the difference, when you have scored 91 if you are caught at short leg or the midwicket boundary? Yesterday, it made for much more exciting viewing to have Pant playing that kind of innings,” Hussain wrote.

However, Pant was dismissed after scoring 11 runs in the second innings as he was flummoxed by England’s pack leader James Anderson’s slower ball. England is in a dominating position as they need another four wickets to win the first Test.