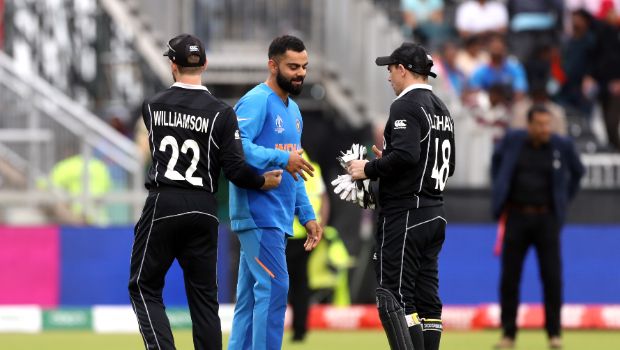 Kohli was dismissed without troubling the scorers in the first innings when he was bowled by a beautifully delivery from off-spinner Moeen Ali. However, Kohli showed great technique in the second innings and trusted his defense in the arduous conditions.

In fact, the Indian team lost five quick wickets on the third day’s play but Kohli showed all the resistance. The Indian skipper added a crucial alliance of 96 runs with Ravichandran Ashwin, who went on to score a fine hundred.

Kohli scored a gutsy knock of 62 runs and batted at the top of his game. The right-hander hardly played his favorite cover drive throughout his knock and played the English spinners with guile.

The talisman didn’t take any kind of risk and made sure that he strengthen his team’s dominating position in the second Test match. Kohli was quick to read the line and length of the England spinners and played them with ease.

The hosts were able to post a decent score of 286 runs in the second essay and thus took their lead to 481 runs.

“Look at how Virat Kohli batted in the second innings when the pitch was bad. He used the odd sweep shot but stuck to the basics and batted superbly. Virat Kohli defended with determination, his footwork was superb, and at all times he was careful and watchful. His judgment of length was exceptional, and his shot execution equally impressive. He showed that it is possible to bat properly,” Boycott wrote for Daily Telegraph.

On the other hand, Boycott believes that the batsmen can adjust to the length of the ball on the Indian pitches, as they are not fast.

“The great thing about Indian pitches is that they are not fast. You have time to adjust and pick your shots,” Boycott added.

Meanwhile, some of the cricket experts had criticized the second Test pitch as it was a rank turner. However, Boycott added every pitch in India turns and it is only the question of how much it spins.

“Nothing in the laws of cricket says the pitch should be flat for batsmen, Every pitch in India spins. It is just a question of when and how much it turns.”

The England batsmen will need to execute their skills better in the third Test match, which will take place at the Sardar Patel Stadium from February 24.