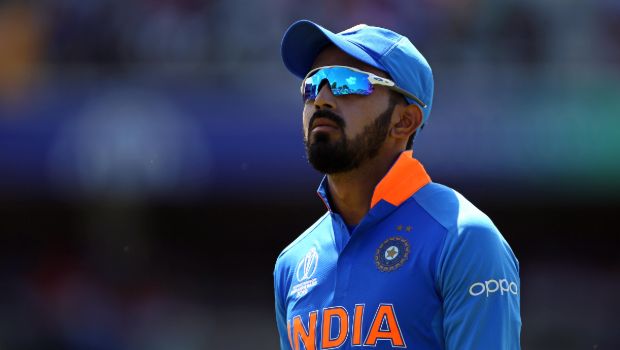 India’s wicket-keeper batsman KL Rahul was struggling to get going in the T20I series. Rahul, who is known for his flamboyant play and correct technique, returned with scores of 1, 0, 0, 14.

Thus, the right-hander could only muster 15 runs in the four T20Is while opening the innings and thus he was dropped from the final T20I.

However, KL Rahul was backed in the first ODI and he batted at number five. Rahul stated that he had more time while at No. 5 in the ODI format to find his form as compared to opening the innings in the T20I series, where he was supposed to hit the ground running.

Rahul took his time in the initial phase but ended his innings strongly as he smashed 62 runs from 43 balls in the first ODI on Tuesday. In fact, KL Rahul had scored 15 runs from the first 22 balls but then changed gears to smash 47 runs from the next 21 balls he faced. Rahul added 112 runs off the last 57 balls with debutant Krunal Pandya to take India to a fighting score of 317, which proved to be enough in the end.

Rahul understands that every player has to go through a lean patch and it is part of the journey. However, the right-hander revealed that he was following all the processes in the training sessions but things were not going his way in the T20I series.

“I think the one-day format, playing at number 5, I could take a little bit more time than I did maybe in T20s. I wanted to give myself (time) but it wasn’t going my way (in T20s). Having hit a couple of good shots from the middle of the bat, footwork going well, your nerves tend to calm down a little bit more. When I walked (in), obviously Shikhar was batting well. We lost a couple of wickets. I knew when Krunal walked in… me having played a little more cricket, I realized that we had to stitch a partnership. In a way, when you stop thinking about your own personal game, the team’s responsibility is ahead of you, you start thinking a little bit more clearer, having spent 20-25 balls in the middle, I started to feel a little more confident, really happy that I could get that partnership with Krunal and we managed to get the team past 300.”

KL Rahul must have gained a lot of confidence after playing a fine knock, which helped the team in finishing the innings on a high. In fact, at one stage it looked like India will struggle to get to 280 but they were able to go past the 300-run mark, courtesy of the alliance between KL Rahul and Krunal Pandya.