Home » Cricket » Ind vs Eng 2021: Happy to take some wickets and get the boys over the line – Jack Leach

Ind vs Eng 2021: Happy to take some wickets and get the boys over the line – Jack Leach 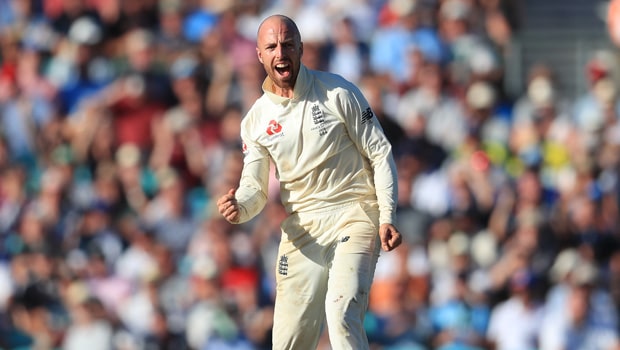 England’s rookie spinner Jack Leach was delighted with his performance after his team defeated India by a mammoth margin of 227 runs in the first Test match at the MA Chidambaram Stadium on Tuesday to take a 1-0 lead in the series. Leach was able to dismiss Rohit Sharma with a peach of a delivery in the last hour of the penultimate day.

Leach gave a perfect start to the team on the final day when he got the big wicket of Cheteshwar Pujara, who is known to hold one end for the hosts. The left-arm orthodox spinner then got the wicket of Ravichandran Ashwin, when he was looking settled at the crease. Leach also took the wicket of Shahbaz Nadeem.

The England spinner bowled in the right areas and he was able to reap rewards for the same. Leach would have surely gained a lot of confidence after his brilliant show in the second innings.

Jack Leach said after the match, “My first time in India. They have a great batting lineup and I knew the pressure that comes with it. Happy to take some wickets and get the boys over the line”.

On the other hand, Jack Leach was under the pump after Rishabh Pant had taken him to the cleaners in the first innings. Leach conceded 105 runs in his 24 overs and took two wickets in the first essay. However, the left-arm spinner was able to bounce back in the second innings.

Leach added, “Thought he was playing in the IPL (Pant). It’s a challenge that comes for a spinner. Was a tough evening that one but the boys helped me stay strong. Had a long time without any cricket (before Sri Lanka). Was about bowling those long overs in the heat”.

Jack Leach was playing his first Test match in the Indian conditions but he was able to acclimatize to the conditions as he played two Test matches in similar conditions of Sri Lanka. Leach will look to continue the good show and keep delivering the goods.

The second Test match will be played at the same venue of MA Chidambaram Stadium from 13th February.