Home » Cricket » Ind vs Eng 2021: Hardik Pandya will score a hundred if he gets enough balls – Aakash Chopra

Ind vs Eng 2021: Hardik Pandya will score a hundred if he gets enough balls – Aakash Chopra 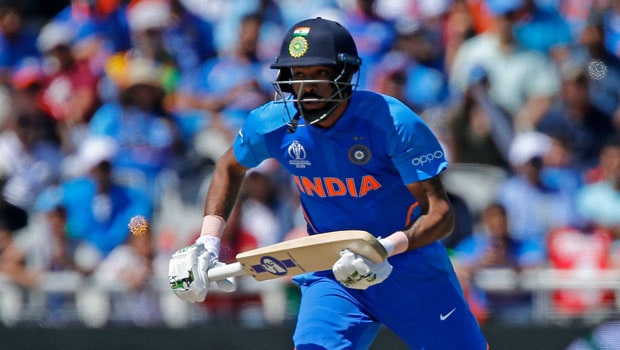 Former Indian opener and now a cricket analyst Aakash Chopra feels Hardik Pandya can score a hundred if he gets enough balls in the ODI format. Pandya has been in sublime form with the bat in the recent past and he has done a fine job for the national team as he has been providing the finishing touches.

Pandya scored 64 runs from 44 balls in the third ODI against England on Sunday at the Maharashtra Cricket Association Stadium, Pune while batting at number six. India had lost four quick wickets for 54 runs and Pandya was able to hit the ground running.

In fact, the right-hander was looking good for a hundred but he was bowled round the legs by Ben Stokes. Pandya, along with Pant, could have taken India’s score past 350 runs but both of them were dismissed at the wrong time and the home side posted 329 runs.

Pandya had also scored a quickfire knock of 35 runs off just 16 balls in the second ODI whereas he was dismissed for a solitary run in the first ODI.

Pandya has been given the onus to provide the finishing touches but Chopra feels the all-rounder can score a hundred if he is given a chance to bat in the middle-order. The right-hander has scored seven fifties but he is yet to reach the triple figures in ODI format.

“Hardik Pandya seems like a proper batsman to me now, honestly. I don’t see him as an all-rounder or finisher at all. If you bat him up the order, he will score a century as well if he gets enough balls,” said Chopra while talking to Star Sports.

“If you see his shots today, nine out of ten times you will see cricketing shots, and wherever he tries to hit the ball, he has prepared so well for those shots that his execution is amazingly good,” added Chopra.

Pandya has grown in confidence in the recent past and he has done a fine job for India in the white-ball format. The right-hander has the skills to get off the blocks in a jiffy and he has played a key role for India.

However, Pandya didn’t have a great day in the field in the third ODI as he fluffed two catches. Pandya dropped Ben Stokes when he was on 15 but it didn’t prove too costly as the English all-rounder was dismissed on 35. Pandya dropped another simple catch of Sam Curran when he was on 22 and the left-hander went on to score a fine knock of 95 runs and kept England in the contest till the end.