Home » Cricket » Ind vs Eng 2021: How England play Ravichandran Ashwin will decide the outcome of the series – Monty Panesar

Ind vs Eng 2021: How England play Ravichandran Ashwin will decide the outcome of the series – Monty Panesar 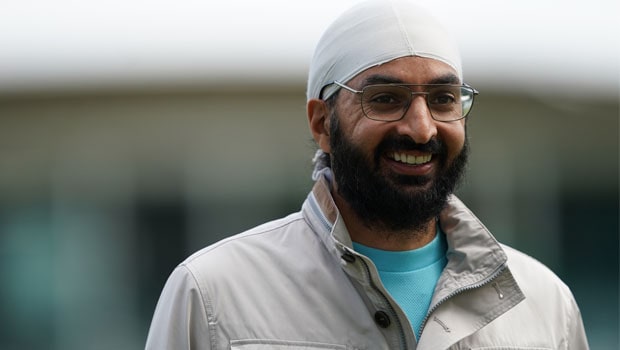 Former England opener Monty Panesar believes the outcome of the upcoming four-match Test series will depend on how the visitors play Ravichandran Ashwin. The veteran off-spinner is in sublime form as he scalped 12 wickets in the three-Test matches against Australia and bowled at the top of his mark.

Meanwhile, as Ravindra Jadeja has been reportedly ruled out of the Test series against England, Ashwin will be the leader of the spin attack. The experienced off-spinner has done a magnificent job in the Indian conditions and the tourists will have their work cut out against him.

Panesar believes Washington Sundar, Axar Patel, and Kuldeep Yadav will have a crucial role to play to keep the pressure on the England batsmen from the other end. Sundar made an impressive debut against Australia as took four wickets whereas Yadav has 24 wickets in six Test matches he has thus far played.

“Ashwin had a great tour of Australia and will come into the series with tons of confidence,” Panesar told The Times of India. “How England play Ashwin will decide the outcome of the series. Ashwin has become smarter with the way he has bowled in recent times and is in prime form.”

“(Ravindra) Jadeja will be missed. The second spinner will be crucial for India as Ashwin will need support from the other end to put England under pressure. They have named Axar Patel in the squad but I do believe that Jadeja adds a different dimension to the Indian team,” he added.

The Indian team has a great record in their own conditions and a lot of credit goes to their spinners. The hosts had obliterated England by 4-0 during their last tour. Thus, the England batsmen will need to deliver the goods in arduous conditions, especially their skipper Joe Root will play a key role as he is in prime form.

The first Test match will take place at MA Chidambaram, Chennai from February 5.