Home » Cricket » Ind vs Eng 2021: I can’t imagine an Indian side without Rishabh Pant – Ian Bell

Ind vs Eng 2021: I can’t imagine an Indian side without Rishabh Pant – Ian Bell 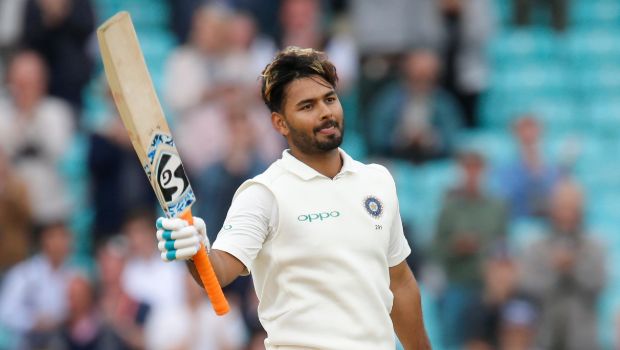 Former England batsman Ian Bell feels Rishabh Pant has matured massively in his strokeplay in the recent past. Bell stated that he can’t imagine an Indian side without Rishabh Pant.

The southpaw has taken giant strides in the recent past and he has played an instrumental role in the success of the team in the last six months.

Pant has grabbed his opportunities in all the three formats of the game and he has been an integral part of the team. The left-hander had a amazing tour to Australia as he top-scored for the visitors with 274 runs in three Test matches. Pant scored a blistering knock of 97 runs in the Sydney Test match and then followed it with a match-winning knock of 89 runs in the historic Brisbane Test match.

The pugnacious left-hander also grabbed his opportunities in the limited-overs format. Pant scored 77 runs from 40 balls in the second ODI but his knock went in vain as England comprehensively won by six wickets. The southpaw continued his form as he smashed 78 runs from 62 balls in the third ODI and helped India in posting 329 runs, which eventually proved to be a winning score.

Ian Bell said while talking to ESPN Cricinfo, “I can’t imagine now an Indian side without him in it. It just feels like it. He’s the future around some world-class players.”

“We’ve seen a mature series and that’s quite rare at the moment for seeing someone playing like that. I think it’s a rare talent and this is just the start of him now having a successful career. Incredible to watch, a real match-winner,” Bell further added.

Meanwhile, earlier it was noticed that Pant used to play a rash shot and didn’t play according to the match situation. However, Pant has shown great maturity in his game and Bell added that he absorbed great calmness regarding Pant’s game.

Pant will aim to continue the good show for Delhi Capitals in the upcoming IPL.