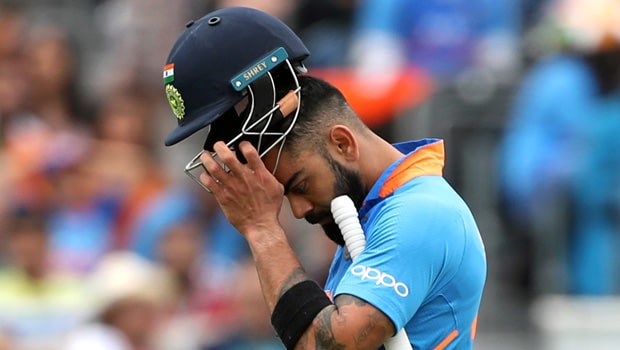 England’s off-spinner Dom Bess got the big wicket of Indian captain Virat Kohli in the first innings of the ongoing Test match at the MA Chidambaram Stadium on Sunday. The off-spinner revealed that he didn’t try to bowl any magic ball while bowling to the world’s best batsman.

Bess added that he was trying to be consistent against Kohli and tried to hit the good length area against him. In fact, the ball which dismissed Kohli drifted a bit more and the off-spinner was able to draw a defensive out-side the off-stump.

Kohli’s bat was away from his pad and the ball got the inside edge. Ollie Pope, the short-leg fielder, took a sharp catch and Bess gave credit to his teammate.

“I was just trying to bowl at a spot, trying to build pressure for a long time, and I guess it just happened. It wasn’t like I was trying to bowl that magic ball. It was really just about hitting that box. I saw the replay and it seemed to [drift] a little more and got him playing at a wider line, and I’m glad Popey took a great catch at short leg,” Dom Bess told Star Sports.

Kohli had faced 47 balls before his dismissal and he was looking in control. The talisman was getting the confidence under his belt and it was a huge wicket for the visitors as Kohli could have played a big knock.

Thus, it hasn’t been a perfect comeback for the Indian skipper. Kohli would have been disappointed as there was a huge gap between his bat and pad.

On the other hand, Bess heaped praise on Rishabh Pant, who played a counter-attacking knock of 91 runs. Pant was aggressive in his approach and took the attack against the England bowlers, especially Jack Leach. Leach was expensive in his spell as he conceded 94 runs in 17 overs on Day 3 but Bess feels his spin partner did a decent job.

“Pant is a phenomenal talent. We saw him in the Australia Tests and that ability. At four down, he’s charging at Leachy and going hard. Very bold innings. I thought Leachy bowled really well today,” Bess added.

“You saw the spot map, and from him to Sundar, I guess he had 20 balls on the same spot, but I guess it was just a different inning [from Pant]. We’ve seen today how much the pitch has broken up, how much it’s started spinning. We’ll come back tomorrow, try to get these four wickets, and assess where we stand,” Bess further said.

Bess was the pick of the England bowlers on the third day’s play as he scalped four wickets. The off-spinner dismissed Ajinkya Rahane, Cheteshwar Pujara, and Rishabh Pant, apart from Virat Kohli. Bess can also be lethal as the Chepauk pitch is showing uneven bounce and it will be difficult for the Indian batsmen to face him on the last two days of the Test match.