Home » Cricket » Ind vs Eng 2021: I don’t see this England side winning a Test match in India – Gautam Gambhir

Ind vs Eng 2021: I don’t see this England side winning a Test match in India – Gautam Gambhir 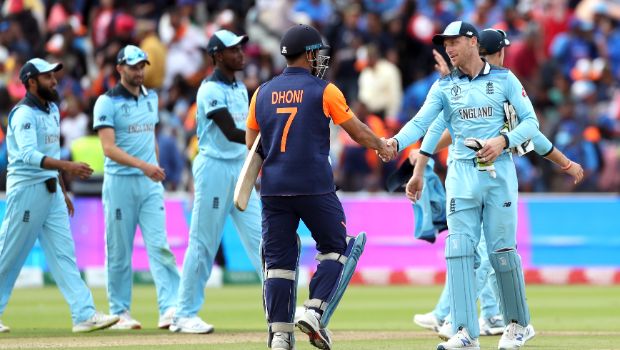 Former Indian opener Gautam Gambhir has predicted that he doesn’t see this England side winning a Test match in the upcoming four-match Test series.

Gambhir feels the visitors don’t have the spin attack to trouble the hosts. England has Moeen Ali, Dom Bess, and Jack Leach in their spin department.

While Moeen Ali has scalped 181 wickets in 60 Test matches, Dom Bess and Jack Leach don’t have a lot of experience under their belt as they have played 12 Test matches each. The spin battery always plays a key role in the Indian conditions but England doesn’t have enough experience.

Bess and Leach collectively scalped 22 wickets in the two-Test matches against Sri Lanka but bowling to quality Indian batsmen will be a different ball game altogether for them. Furthermore, this will be their maiden tour to India and it would be interesting to note how quickly they will acclimatize to the arduous conditions.

Meanwhile, Gambhir feels the tourists might have a 50-50 chance in the third Test match, which will be a pink-ball contest.

“I don’t see England winning any of the Test matches with the kind of spin attack they’ve got,” Gautam Gambhir said on a show on Star Sports.“It has to be 3-0 India or probably 3-1. I’m only going to give a Pink Ball Test match, probably 50-50 to England just from the conditions point of view.”

India had thrashed England by 4-0 when the English team had toured back in 2016. India is always a force to reckon with in their own conditions and there is no doubt that the visitors will have their work cut out.

On the other hand, Gambhir believes Joe Root can have a difficult time while playing in India. Root is in sublime form as he had scored 426 runs in two Test matches against Sri Lanka but he will face a different challenge in the Indian conditions while facing Ravichandran Ashwin and Jasprit Bumrah.

The first Test match gets underway on February 5 at the MA Chidambaram Stadium, Chennai.