Home » Cricket » Ind vs Eng 2021: I don’t think Kuldeep Yadav would have made much of a difference – Sunil Gavaskar

Ind vs Eng 2021: I don’t think Kuldeep Yadav would have made much of a difference – Sunil Gavaskar 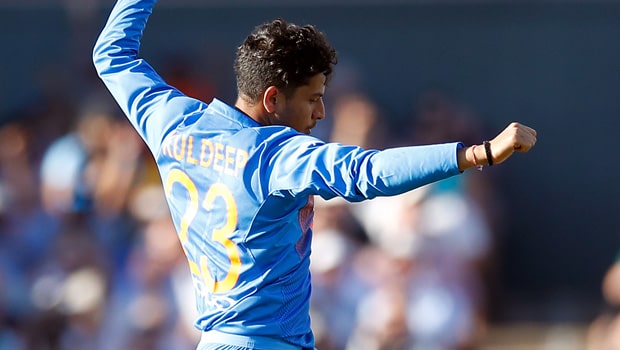 Furthermore, Axar Patel was ruled out of the first Test match due to knee pain. Subsequently, Rahul Chahar and Shahbaz Nadeem were added as covers at the 11th minute. Nadeem went on to play his second Test match but many cricket experts were not happy with Kuldeep’s exclusion.

England went on to pile up a huge score of 578 runs after Joe Root won the toss and decided to bat first. The English captain went on to play a magnum opus knock of 218 runs with the help of 19 fours and two sixes. Root looked at home while facing the Indian spinners as the pitch didn’t offer much assistance on the first two days of the match.

On the other hand, Joe Root and Dominic Sibley added a fine alliance of 200 runs for the third wicket. The Little Master feels Kuldeep might not have that effective as the England batting duo did well in reading the length of the spinners.

“It is very difficult to say that because the pitch was very good for batting yesterday and today. I don’t think Kuldeep Yadav would have made much of a difference because of the way Joe Root and Dom Sibley batted against spin, going forward near the ball and not letting it spin or bounce. So, probably Kuldeep Yadav may also not have been able to take the wickets,” said Gavaskar while talking to Aaj Tak.

However, Gavaskar believes the addition of Kuldeep Yadav would have added a variety to the Indian spin attack. All the three Indian spinners are finger-spinners whereas Kuldeep is a wrist spinner and he could have made a difference with his variations.

“But if Kuldeep Yadav had been there in the team, you would have had a different variety. You had two finger spinners – Ashwin and Nadeem, a right-arm and a left-arm one. If you had a leg-spinner as well, right-arm or left-arm, it would have given the variety,” observed Gavaskar.

The legendary commentator feels there wasn’t much help for the spinners and there are still a lot of runs left in this pitch. England has posted a gargantuan score in the first innings whereas India has scored 159-4 thus far.