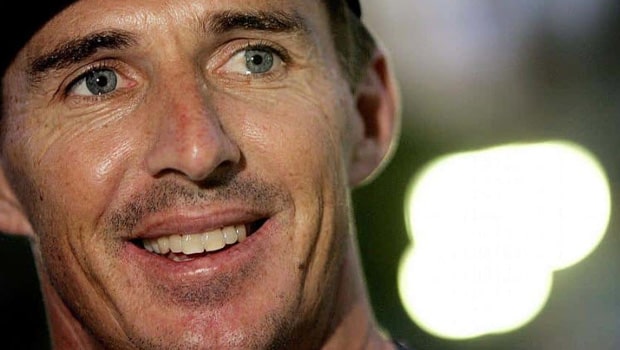 Former Australian chinaman spinner Brad Hogg has opined that India can’t leave Kuldeep Yadav out of the final XI again. Kuldeep was expected to be part of the final XI in the ongoing first Test match against England but he was left out and Shahbaz Nadeem was preferred.

In fact, Ravindra Jadeja has been ruled out of the first two Test matches due to a thumb injury and Axar Patel was also not available due to knee pain. Thus, it was surprising to note Kuldeep’s exclusion from the playing XI.

Kuldeep Yadav has been part of the Test team and last played a match back in 2019 when he scalped a five-wicket haul in Sydney. Furthermore, the wrist-spinner was left out of the Gabba Test match against Australia when none of the frontline bowlers – Jasprit Bumrah, Mohammed Shami, Umesh Yadav, Ravichandran Ashwin, and Ravindra Jadeja – were unavailable for selection.

India went with three spinners however Hogg feels the team can not leave out Kuldeep Yadav again in the coming matches. On the other hand, Shahbaz Nadeem scalped two wickets and gave away 167 runs in 44 overs he bowled whereas Washington Sundar went wicketless in the first innings.

It is expected that Kuldeep might need to work on his batting as it would be difficult for him to make the cut into the final XI if Ravindra Jadeja and Washington Sundar are there in the Test squad.

Brad Hogg wrote on his Twitter account while replying to one of the fans. “I hope he (Shahbaz Nadeem) has a good day. I feel they can’t leave Kuldeep out again if they go with three spinners.”

Meanwhile, Kuldeep Yadav has a fabulous record in the Indian conditions. The left-arm wrist spinner has scalped 14 wickets in the three-Test matches at home at an average of 24.29 and had made an impressive debut against Australia at Dharamshala back in 2017 when he scalped four wickets in his maiden innings.

There is no doubt that Kuldeep has been unfortunate to not get his opportunity in the recent past and he will be raring to go once he gets his chance. Kuldeep can bring variety to the Indian bowling line-up and there is no doubt that he will get his deserved chance in the coming matches of the series.