Ind vs Eng 2021: I feel India will also win the next two Tests – Sunil Gavaskar 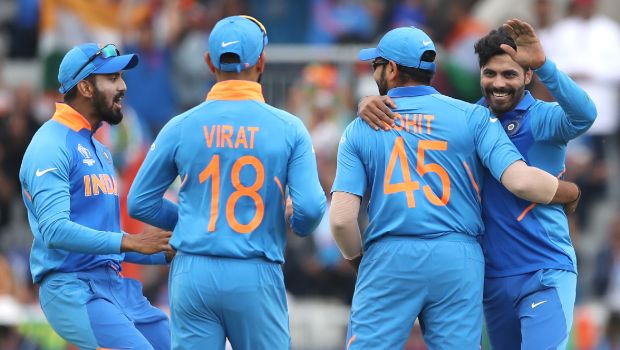 Former Indian batting legend Sunil Gavaskar has predicted that the Indian team will also win the next two Test matches against England in the ongoing four-match Test series.

The hosts made a roaring comeback into the series after a crushing defeat of 227 runs in the first Test match.

The Virat Kohli-led team won the second Test match by their fifth biggest margin in Test matches (in terms of runs) as they won by 317 runs. The Indian team came up with a collective effort as they ticked the right boxes in the second Test.

The hosts posted a par score of 329 runs after a brilliant century from Rohit Sharma and fifties from Ajinkya Rahane and Rishabh Pant. Subsequently, Ashwin scalped a five-wicket haul in the first innings before scoring his fifth Test hundred in the second essay. Kohli also scored a gutsy knock of 62 runs whereas debutant Axar Patel scalped five wickets in the second dig.

Thus, the Indian team was able to get back on winning track and this win must have added a shot in the arm to the players. The hosts will look to build on the momentum and they are always a force to reckon with in their own conditions.

England had toured Sri Lanka for two Test matches before the Test series against India and the Little Master feels the visitors are not 100% recharged.

On the other hand, Gavaskar reckons that India’s gun fast bowler Jasprit Bumrah will replace Kuldeep Yadav in the third Test match, which will be a pink-ball affair.

“There will be only change in the Indian team, Jasprit Bumrah will come in place of Kuldeep Yadav because Kuldeep Yadav did not get much bowling in the Chennai Test. And the way Axar Patel took five wickets, he along with Ravichandran Ashwin will be our two spinners,” said Gavaskar.

India will look to carry on their sublime form whereas it will be a difficult task for England to bounce in the third Test, which will take place at the Sardar Patel Stadium, Ahmedabad from February 24.