Home » Cricket » Ind vs Eng 2021: I got the smell of victory on the first day itself – Harbhajan Singh

Ind vs Eng 2021: I got the smell of victory on the first day itself – Harbhajan Singh 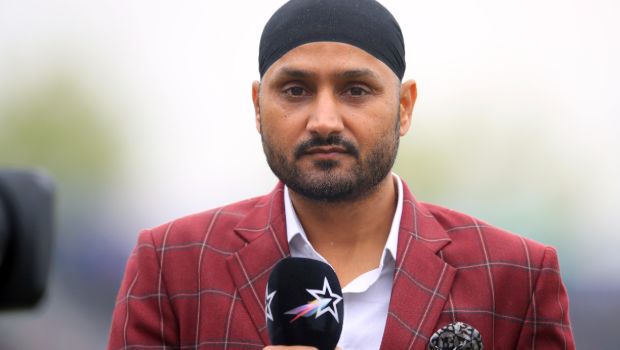 India’s veteran off-spinner Harbhajan Singh has revealed that he got a whiff of victory on the first day itself when the hosts won the toss and decided to bat first in the ongoing second Test match at the Chepauk Stadium.

The Turbanator stated that India was always going to be in a dominating position if they could manage to score more than 300 runs.

The hosts posted a par score of 329 runs after Rohit Sharma scored a brilliant knock of 161 runs in the first innings. Ajinkya Rahane and Rishabh Pant also contributed as they scored 67 and 58* runs respectively.

Subsequently, the hosts were able to skittle out the tourists for a meager score of 134 runs in the first innings and thus got a healthy first-innings lead of 195 runs. Ravichandran Ashwin was the pick of the Indian bowlers as the veteran off-spinner scalped his 29th five-wicket haul. Ishant Sharma and Axar Patel also contributed with two wickets apiece whereas Mohammed Siraj scalped a wicket.

Harbhajan Singh said while talking to Aaj Tak, “I got the smell of victory yesterday itself because when India won the toss on this pitch I had felt that if they score more than 300 runs in the first innings, India will take the match far away from England”.

On the other hand, the veteran off-spinner heaped praise on Rohit Sharma and Ajinkya Rahane for their first innings knocks. Both the right-handers looked comfortable during their alliance of 162 runs and got the team in a commanding position.

“It was very difficult to bat on this pitch. But you need to appreciate Rohit Sharma, Ajinkya Rahane and the innings Rishabh Pant played today morning. They played attacking cricket on a pitch where they knew that defending is tough. They understood their game well and posted such a high score that the Indian bowlers only had to think about how to take wickets. Well done to Rohit Sharma, Ajinkya Rahane, Rishabh Pant and R Ashwin for the way they have performed in this game,” added Harbhajan Singh.

Harbhajan added that result can only change if it rains on the last three days of the Test match. However, according to the weather forecast, there are no chances of any rain in Chennai.

India currently leads by a massive margin of 345 runs and they still have four wickets in hand. It is going to be an arduous task for England to save this Test match and they will have a difficult job in their second innings.