Home » Cricket » Ind vs Eng 2021: I think Axar Patel will be preferred over Kuldeep Yadav in the second Test – Deep Dasgupta

Ind vs Eng 2021: I think Axar Patel will be preferred over Kuldeep Yadav in the second Test – Deep Dasgupta 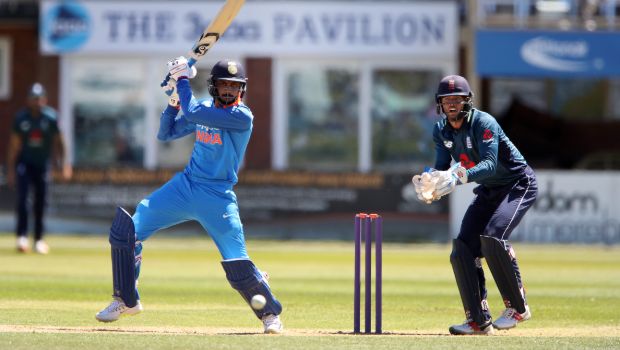 Patel had missed the first Test match due to knee pain and Shahbaz Nadeem was preferred ahead of Kuldeep Yadav.

A lot of cricket pundits reckon that Kuldeep was unfortunate to miss out in the first Test match. However, Dasgupta believes Axar Patel will bring more control to the team with his selection.

Patel has decent batting numbers as he has scored 1665 runs in 39 first-class matches at an average of 35.42. Furthermore, the left-arm orthodox spinner is mostly accurate with his line and length and bowls at the stumps. Patel has taken 134 wickets in his first-class career.

On the other hand, Washington Sundar is expected to keep his place in the final XI as the left-hander had scored a fine knock of 85 runs in the first innings of the first Test match.

“Honestly with how Shahbaz bowled in the last Test match, I think there will be a replacement. Washington Sundar was played more as a batsman who can bowl somebody who can bat at number 7 and he did a wonderful job, especially in the first innings, the way he batted. So I don’t see any reason why Washington should be replaced unless it’s a strategic call.

“I do see a replacement but the question is who. I think both Kuldeep Yadav and Axar Patel are quality choices. Axar would have been your first choice even in the first Test match but unfortunately, he was injured. Axar could be a very, very good choice and so will Kuldeep but I think Axar because left-arm orthodox spinner brings in more control, that’s the reason why he might be preferred and it’s a straight swap, Axar coming in for Nadeem (both are left-arm spinners). I don’t see both of them playing together and I guess Axar will be a choice,” Deep Dasgupta said while talking to Sports Today.

Meanwhile, Shahbaz Nadeem didn’t have the best of the first Test match as he returned with figures of 2-167 and 2-66 in both innings. On the other hand, Kuldeep Yadav is also a bit unlucky as he had missed out in the Gabba Test match despite the absence of the front-line bowlers. Kuldeep has played six Test matches in which he has scalped 24 wickets at an average of 24.1 but last played a Test match back in January 2019.

It will be interesting to note India’s selection call and they will need to take some bold decisions after the big loss of 227 runs in the first Test match.

The hosts will need to come up with a collective team effort and pull up their socks. The Indian team will look to make the most of their known conditions and they will aim to correct their mistakes from the first Test match.

The second Test match will also be played at the Chepauk Stadium, from February 13.