Home » Cricket » Ind vs Eng 2021: I think it will play into our hands – Zak Crawley on pink-ball Test match

Ind vs Eng 2021: I think it will play into our hands – Zak Crawley on pink-ball Test match 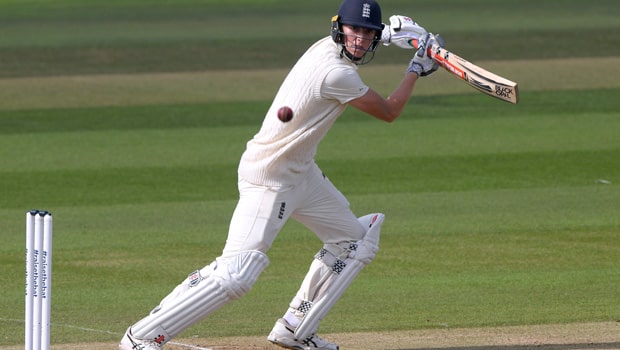 England’s batsman Zak Crawley feels the visitors will have the advantage in the third Test match against India at the Motera Stadium. The third Test match will be a pink-ball affair and Crawley believes the tourists are more adept at playing in the Day-Night Test.

The pink ball moves more than the conventional red-ball and its seam also lasts longer, which helps the players keep the ball in shape. The England batsmen are more skilled at playing the swinging ball rather than playing against the spinners. The visitors had struggled to get going in the second Test match where they couldn’t cope up with the challenging spinning conditions.

The Indian spinners had breathed down the neck of the tourists’ batsmen as they had made the most of their conditions. However, Crawley expects the visitors to turn the tables in the third Test match.

“I think it will play into our hands,” he was quoted as saying by news agency PTI. We have grown up with those conditions, trying to play the ball late in seaming conditions, so you would say we would be more adept at it than the Indians.”

“That’s probably why they are unbelievable players of spin because they have grown up with it,” Crawley added.

On the other hand, Crawley is aware that the hosts know how to get the best out of their conditions. The Indian team has a potent bowling attack and their batsmen looked in sublime form in the second Test match at Chepauk in the challenging conditions.

“That said, they have an unbelievable seam attack and incredible batsmen so it won’t help us too much. They will be more than capable,” Crawley said.

Crawley expects more help for the fast bowlers with the pink ball in the third Test match as compared to the second Test match, where the ball was turning square from the opening session of the first day.

“(The pink ball) seems to be swinging more than the red ball, doing a bit more for the seamers. I expect a bit more seam in this game and for the seamers to have more of a chance than perhaps they did in the last couple of Tests.

Meanwhile, Zak Crawley had missed the first two Test matches due to a wrist injury after he had slipped in the dressing room. Crawley is expected to make the cut into the final XI of the team.