Ind vs Eng 2021: I want to credit Vikram Rathour for my batting resurgence – Ravichandran Ashwin 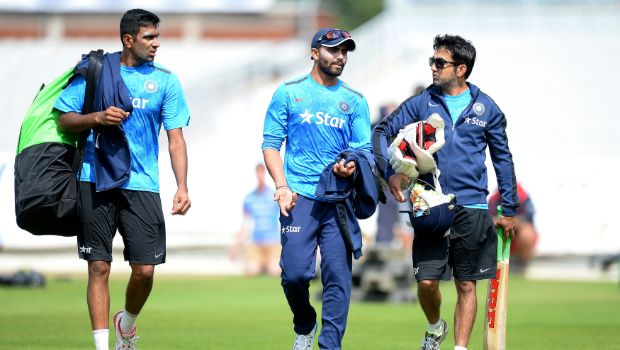 India’s all-rounder Ravichandran Ashwin has given credit to the team’s batting coach Vikram Rathour for his batting resurgence.

Ashwin scored a brilliant knock of 106 runs in the second innings of the second Test match against England at the Chepauk Stadium. The right-hander batted at the top of his game and he was able to hit the ground running.

Ashwin employed the sweep shot with great success and took the attack against the opposition bowlers. In fact, Ashwin had last scored a century back in 2016 and the runs had drastically dried up for him in the last 18 months.

Ashwin had recently played a crucial knock in the Sydney Test match and had helped the team in saving the Test match. Consequently, the talisman has given credit to Vikram Rathour for helping him in the practice sessions, which has helped him turn the tables in the last couple of Test matches.

“I am thankful the plan has paid off. Sort of had a very good day. I can’t say it’s been happening in the last three days, I have been practicing with Vikram Rathore (batting coach), I would love to credit him with how my batting has come through over the last four-five matches. I don’t know when the next Test is going to be here, but I am pleased,” Ashwin said at the end of play on Day 3.

In fact, Ashwin had joined forces with Virat Kohli when the team was 106-6 in the second innings. The hosts had lost five early wickets on the third day but Ashwin and Kohli added a fine alliance of 96 runs and helped the team continue their domination. Ashwin revealed that his plan was to sweep against the England spinners and it paid off.

“I will sleep well through the night, that is all that I am thinking. Even after the last Test, we spoke about how we are going to counter Leach and probably bring sweep to the game. The last time I was sweeping, I was 19 years old, I hit a few sweep shots well today,” Ashwin said.

Furthermore, Ashwin scalped his 29th five-wicket haul in the first innings as he returned with figures of 5-43. Moreover, Ashwin snared three wickets in the second essay and thus took a total of eight wickets in the match.

India has won the second Test match by a massive margin of 317 runs and hence they have drawn level in the series.