Home » Cricket » Ind vs Eng 2021: I was not sure if wanted to play cricket again – Jack Leach on Rishabh Pant’s onslaught

Ind vs Eng 2021: I was not sure if wanted to play cricket again – Jack Leach on Rishabh Pant’s onslaught 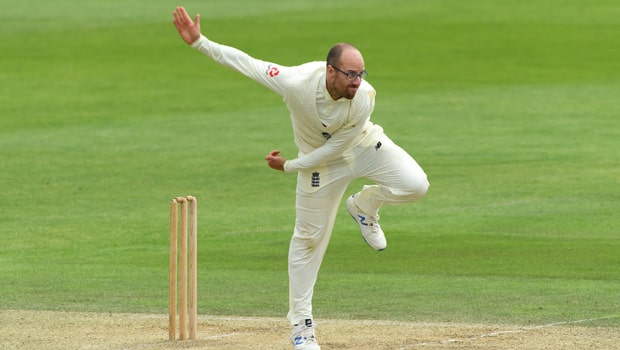 India’s wicket-keeper batsman Rishabh Pant came to the crease in the first innings of the first Test against England when the hosts were under the cosh at 73-4. The Virat Kohli-led team was trailing by a massive margin of 505 runs at that stage and they were under a lot of pressure.

However, Rishabh Pant decided to play his natural game and took the attack against the England bowlers, especially Jack Leach. Pant was able to hit the ground running and there was no stopping his onslaught after he got his eye in. The left-hander catapulted his attack against Leach and the left-arm orthodox spinner had no answers.

In fact, Leach went on to concede 77 runs in the first eight overs he bowled. Furthermore, the left-arm was going at more than nine runs/over at one stage.

Leach stated that he was not sure if he ever wanted to play cricket again after he took the hammering from Rishabh Pant. Leach returned with figures of 2-105 in 24 overs in the first innings. However, the left-arm spinner was able to bounce back in the second essay as he scalped four wickets and gave away 76 runs.

“This is my first trip to India and it’s been a hell of a tough start! went through every emotion under the sun in our first Test win and I guess that’s why we love cricket so much,” Leach wrote in ‘Sky Sports’.

“After conceding 77 runs off eight overs on day three I was not sure if I wanted to play cricket again so I’m really proud to have come back and contributed to the team’s victory.

On the other hand, Leach was able to dismiss Rohit Sharma with a peach of a delivery in the second innings. Leach added that that delivery gave him a lot of confidence and he will look visualize it to gain confidence in the coming matches.

“As for me, I think I will be using the delivery that removed Rohit Sharma at the end of day four as a visualization aid in future games! “It felt good to get a player of that stature out with a decent delivery and the timing was good too, so we did not feel like we had to come back and get 10 wickets on the final day.”