Ind vs Eng 2021: I will go with KL Rahul as the second opener – VVS Laxman 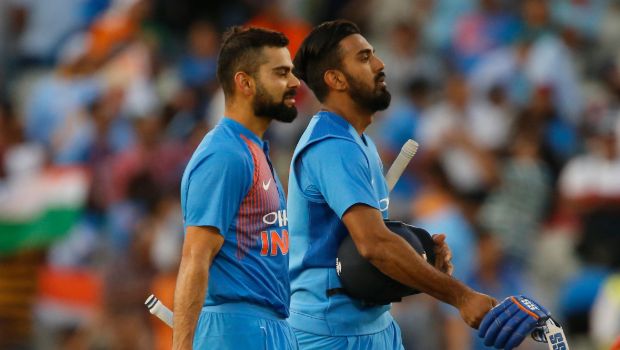 Former Indian batsman and now commentator VVS Laxman has picked KL Rahul to partner with Rohit Sharma as an opener in the upcoming five-match T20I series against England.

Rahul had opened the innings with Shikhar Dhawan in the three-match T20I series against Australia as Rohit Sharma was ruled out of the limited-overs leg due to a hamstring injury.

Meanwhile, KL Rahul has been in top form in the shortest format of the game and he has grabbed his opportunities. As Rohit Sharma was in red-hot form in the Test format, he is going to be the first choice opener.

Thus, it is going to be a toss-up between KL Rahul and Shikhar Dhawan for the second opening slot. Both of them had scored 81 runs in the three T20Is against Australia.

Thus, it is going to be a good selection headache for the Indian team when they will pick the final XI for the first T20I against England.

“It is going to be a tough question as far as the selection of the second opener is concerned, there is no doubt about that because Rohit Sharma is an automatic choice in white-ball cricket. But I will still go with KL Rahul because over the last few months and years, I think the Indian team management went with KL Rahul as an opening batsman and he has done really well in that position,” said Laxman while talking to Star Sports.

Laxman admitted that Dhawan has shown good form in the IPL and also did a decent job in the Vijay Hazare Trophy but he will still back KL Rahul ahead of the left-hander from Delhi.

“Yeah, Shikhar Dhawan had a fantastic IPL and the way he batted at the top of the order, scoring centuries for the Delhi Capitals and then he is in tremendous form for Delhi, scored a big hundred in the Vijay Hazare Trophy. But I still will repose faith in KL Rahul because as an opening combination you want someone who is settled,” said Laxman.

Meanwhile, Dhawan’s strike rate in the T20I format is 128.29 whereas KL Rahul is known for his blistering batting as his strike rate is an impressive 144.92. Thus, Rahul has shown the skills to get quick runs. In fact, it is also noted that Rohit Sharma likes to take his time initially before changing the gears and thus Rahul will be a better choice.