Home » Cricket » Ind vs Eng 2021: I won’t be surprised if Virat gets a hundred in the next couple of games – Deep Dasgupta

Ind vs Eng 2021: I won’t be surprised if Virat gets a hundred in the next couple of games – Deep Dasgupta 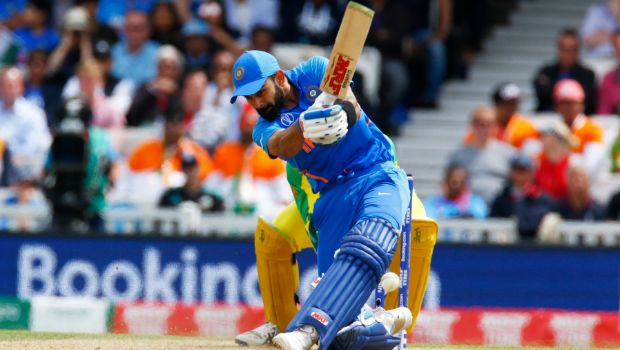 Former Indian wicket-keeper batsman and now cricket analyst Deep Dasgupta stated he won’t be surprised if the Indian skipper Virat Kohli gets a hundred in the next couple of games.

Kohli had last scored his International hundred back in 2019 in the pink-ball Test match against Bangladesh.

Moreover, Kohli’s last ODI hundred came back in August 2019 against the West Indies. However, the talisman has been in sublime form in the recent past. Kohli had scored 231 runs in the five T20Is against England at an average of 115.50 and a strike rate of 147.13. Thus, the right-hander was awarded the Player of the Series.

Furthermore, Kohli scored a fine knock of 56 runs in the first ODI at the Maharashtra Cricket Association Stadium, Pune on Tuesday. Kohli was dismissed when he picked a man at deep square-leg while playing his favourite flick shot. Thus, Deep Dasgupta believes it’s a matter of time before Kohli will reach the three-digit mark.

Kohli has scored 43 ODI centuries in his glorious career and he has always put the team’s success in front. The linchpin is one of the most consistent batsmen in the 50-overs format and he has done a fabulous job for the team.

Deep Dasgupta said while talking to Sports Today, “The way he was batting, he totally dominated the bowling. Unfortunately, he picked out a fielder. And that was his favourite shot, whipping on his pads that’s his favourite shot. It’s just a matter of time, I won’t be too worried. As long as he is batting well, you know it’s around the corner. I won’t be surprised in the next couple of games he gets a hundred.”

Kohli has looked in prolific form in the recent past but he hasn’t been able to notch up a hundred. In fact, this is the longest time in which Kohli hasn’t been able to score a hundred but Deep Dasgupta feels it won’t worry the Indian captain as he already has scored 43 centuries in the ODI format.

“I don’t think so. Somebody who has scored 43 hundred in this format I don’t think he will be worried too much getting a few more. I thought the last game he looked like I thought he was going to get one.”

The second ODI will take place at the same venue of Maharashtra Cricket Association Stadium, Pune on Friday.