Home » Cricket » Ind vs Eng 2021: If not now then when? – Jonny Bairstow on his rest for the first two Tests against India 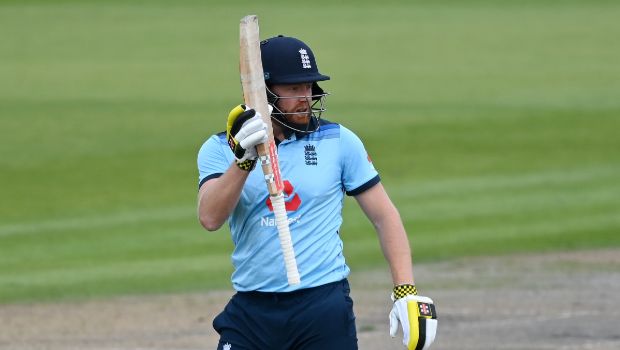 The England selectors surprised one and all when they decided not to pick Jonny Bairstow for the first two Test matches against India.

Bairstow is one of England’s key batsmen and resting him in a crucial series against India raised some eyebrows. The right-hander was England’s second-highest run-getter in the recently concluded Test series against Sri Lanka as he scored 139 runs in two Test matches.

Bairstow has now himself reacted to his exclusion and stated if the selectors haven’t given him the break now then when they could have. The right-hander from Yorkshire added that he will be raring to go in the last two Test matches after taking a rest in the first two matches.

Bairstow added that it is crucial to see one’s family among the testing times of the Covid-19 era.

“I’ve absolutely loved being back. I was a bit emotional yesterday being being back in the dressing room when you’ve won a series reaffirms why you keep doing it and never give up. It’s special,” Bairstow said.

“If they hadn’t given me the break now, then when? It’s tricky. It’s a huge summer and winter and sadly you can’t do everything. You do need to get out of the bubble and see your loved ones,” he added.

On the other hand, Bairstow added that he has huge aspirations to play Test cricket for a long time. Bairstow has been in and out of the team as England have preferred Jos Buttler as their first-choice keeper in the recent past.

“It was frustrating because I wanted to prove that I could play red-ball cricket, which I hold so dearly. My aspirations are to play Test cricket for as long as possible.

Meanwhile, it will be crucial for England to get off to a good start in the Test series. India will be confident after a successful tour of Australia and the hosts are a force to reckon with in their own conditions.