Home » Cricket » Ind vs Eng 2021: If we can exploit the events of Adelaide, that’s something we will like to do – Joe Root

Ind vs Eng 2021: If we can exploit the events of Adelaide, that’s something we will like to do – Joe Root 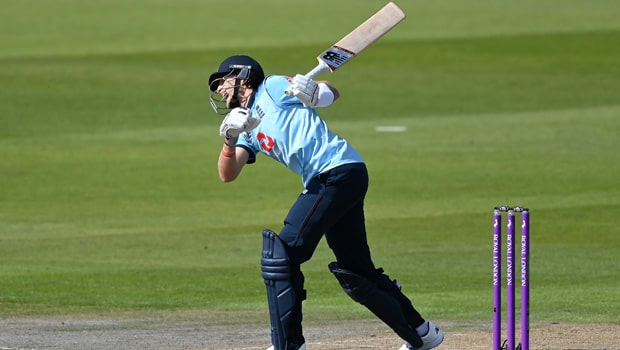 The Indian team had got off to a horrendous start in the Border Gavaskar series at Adelaide Oval when they were skittled out for only 36 runs, which is their lowest ever Test score. Pat Cummins and Josh Hazlewood had run through India’s batting order and nothing had gone in the visitors’ favour.

England’s Test skipper Joe Root is keen to exploit the events of Adelaide and stated that they will look to take its advantage. Root believes that 36-all-out will be on the back of the Indian team and they will aim to make their life difficult in the upcoming pink-ball Test.

The Indian batsmen had struggled to get going against the Australian fast bowlers in the arduous conditions at Adelaide. However, there will be a lot of difference in the conditions as the third Test match will be played at Motera.

Root feels it will be imperative for his fast bowlers to build pressure on the Indian batsmen and create their chances.

“If we can exploit that [events in Adelaide] then that’s something we will look to do. But you have to earn the right, make early inroads, build pressure for periods of time, and put balls in good areas, challenging defenses. That will be our focus; [36 all out] is more for them to worry about, for it to be in the back of their minds,” Joe Root said.

On the other hand, with the series tied at 1-1, Root feels it is a good position to be in. England needs to win the last two Test matches against India to qualify for the final of the ongoing World Test Championship.

“We are 1-1 with a pink-ball game two days away, It’s a great position to be in from our perspective. It’s a very exciting prospect for the group. Playing against India in the subcontinent, you expect the ball to spin, and I’m sure at some point it will,” said the England captain.

Meanwhile, Root believes that the tourists will have the advantage in the pink-ball Test if the conditions are friendly for the fast bowlers. The visitors have bowlers like James Anderson, Jofra Archer, and Stuart Broad, who can deliver for Joe Root.

“But if conditions are more seam-orientated, then the experience of growing up in English conditions should be in our favour. It’s about handling those conditions as best we can and try to exploit them with the ball in hand,” Root added.

India has played only two pink-ball Test matches thus far and they will look to come up with a better performance in their own conditions. The third Test match will be played at Motera Stadium from February 24.