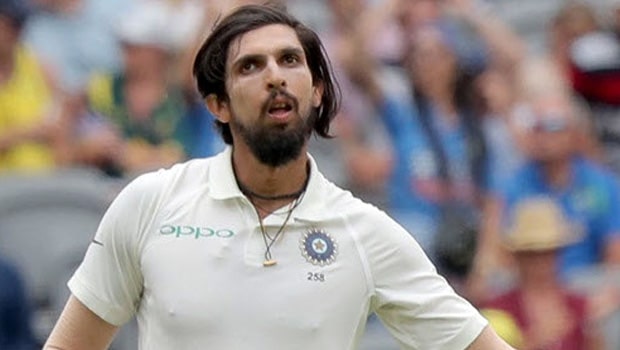 India’s experienced fast bowler Ishant Sharma is hopeful that the team will chase down the huge target of 420 runs in the ongoing Chennai Test match against England if they get a good start tomorrow. India had finished the penultimate day at 39-1 and they still need another 381 runs to chase down the gargantuan score.

In fact, India had recently stunned one and all when they had chased down 328 runs against Australia in the fourth Test match at the Gabba, Brisbane. However, there is a lot of difference in the pitch as the Chennai track is currently a paradise for the spinners.

Thus, it will be a herculean task for the hosts to chase down such a big score on the pitch that is now turning square. Furthermore, the bounce is also not constant and there is no doubt that England will start the day as favorites to win the first Test match.

India had scored their runs at a run-rate of 3.52 in the first innings and it will be interesting to note their approach on the final day. The hosts will want quick runs from their batsmen whereas Cheteshwar Pujara will look to hold one end up, just the way he had done in Brisbane where he faced 211 balls to score his 56 runs.

Ishant Sharma said after the day’s play, “It all depends on how we start tomorrow. If we get a good start I am sure that we can chase this down. We have a fearless batting line-up and we are very positive so it’s about how we start and then we can think about how we go through the game.”

The lanky fast bowler feels the Indian bowlers had bowled well on the first two days when the pitch wasn’t offering much to them. England posted a mammoth score of 578 runs but the visitors were skittled out for 178 in the second dig.

“For the first two days I thought we were playing on a road but yesterday it started to spin a bit more. I think we’ve bowled really well, even on day one or two when the pitch was offering nothing.”

In fact, India had chased down a massive score of 387 runs against England back in 2008 at the same venue of MA Chidambaram Stadium. The first hour of the last day will be crucial for both teams.