Home » Cricket » Ind vs Eng 2021: If you are consistent while taking risks, you are a special player – Aakash Chopra on Rishabh Pant

Ind vs Eng 2021: If you are consistent while taking risks, you are a special player – Aakash Chopra on Rishabh Pant 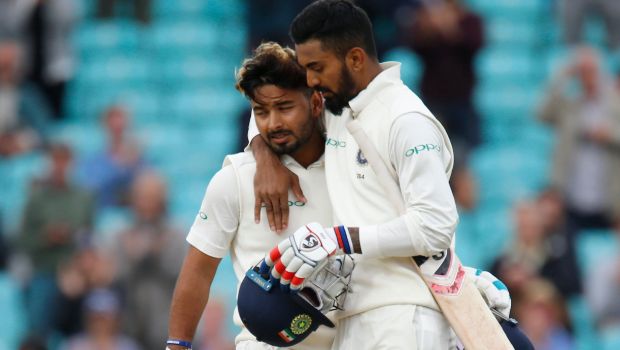 Former Indian opener Aakash Chopra has heaped praise on talented wicket-keeper batsman Rishabh Pant. Pant has done a fine job for India in the last six months and he has got better with every game.

The pugnacious left-hander is known for his pyrotechnics and he can take the game away from the opposition in a jiffy with his blistering batting.

Pant was not producing consistent performances in the early phase of his career in the limited-overs format. The left-hander had a poor shot selection and didn’t play according to the match situation.

However, Pant has shown maturity in his shot selection in the recent past. In fact, Pant has come up with some crazy shots but his execution has been top class. Pant had reversed swept James Anderson in the Test series and also played an outrageous shot against Jofra Archer in the T20I series.

Meanwhile, it is noticed that it is not easy for players, who take risks, to be consistent at the top level. However, Pant has shown consistency in the recent past and he has continued to play risky shots. Aakash Chopra feels Pant is a special player as he is getting consistent while playing dangerous shots.

Pant had scored a blistering knock of 77 runs from 40 balls in the second ODI and then followed it with a 78-run knock off 62 balls in the deciding game.

“He plays in this fashion and will continue doing so. We all feel that he takes a bit too much risk but that is his strength and style of play and if you stick to that and despite that if you are consistent, it means you are a special player,” said Chopra while talking to Star Sports.

Chopra compared Pant with the playing styles of AB de Villiers and Adam Gilchrist, who did a fabulous job for South Africa and Australia respectively with their blistering batting.

Pant is showing maturity in his strokeplay and he is playing according to the match situation. The left-hander took his time in the initial phase on Sunday and then launched his attack after getting settled.