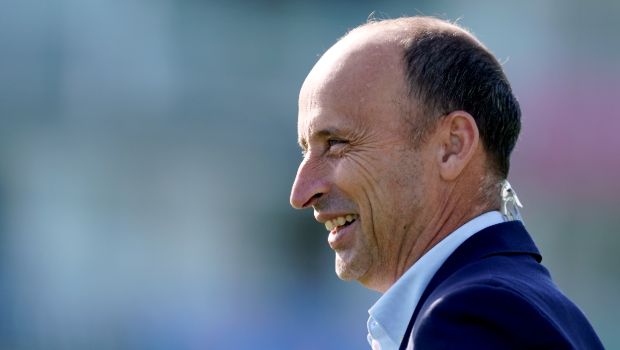 Former England skipper Nasser Hussain feels that the inconsistency in the spin department is England’s Achilles Heel in the ongoing Test series against India.

The England spinners haven’t been able to keep up the pressure from both ends and they haven’t been up to the mark with their line and length.

The tourists’ spinners – Dom Bess, Jack Leach, and Moeen Ali – haven’t hit the right areas. Bess had scalped five wickets in the first Test match but he had bowled as many as 19 full tosses. Thus, Bess was rested from the second Test and Moeen Ali had got his chance.

Ali bowled some unplayable deliveries, including the first innings dismissal of Virat Kohli, but the off-spinner wasn’t consistent enough. Jack Leach has been the pick of the England spinners and he has shown tremendous improvement after taking a hammering from Rishabh Pant in the first Test match.

“England need to dust themselves off, not moan about the pitch, the toss, DRS, umpires or whatever and just try and rectify and improve in the areas they were found short — and knowing this side, I think that is exactly what they will do,” Hussain wrote in his column for Sky Sports.

“Even though they continue to get wickets, the biggest issue is the consistency in the spin department. It is not just this Test match, if you look back at Sri Lanka, Jack Leach and Dom Bess got wickets but Bess, in particular, was very inconsistent with his length,” he added.

Moeen Ali bagged eight wickets in the second Test match but he lacked control in the first innings. The experienced off-spinner returned with figures of 4-128 in his 29 overs and thus conceded his runs at an economy rate of 4.40.

On the other hand, the Indian spinners were relentless in their approach and made great use of the conditions. Ravichandran Ashwin scalped his 29th fifer in the Test fold in the first innings whereas Axar Patel scalped his maiden five-wicket haul on his debut and became the sixth Indian spinner to do so.

“Ali got eight wickets (in 2nd Test) and he bowled some real beauties, like the one to bowl Virat Kohli in first innings and got him out twice in the game — but Mo himself will admit that in first innings, he didn’t quite have the control and 4-128 is not what you’re looking for on such a minefield for the spinners,” he wrote.

“If you compare that to how India’s two spinners bowled and the control of Ravichandran Ashwin, they didn’t do anything magical, they just jammed it in their ball after ball,” Hussain added.

The spinners always play a key role in the Indian conditions and the visitors will look to bounce back in the third Test match, which will take place at the Sardar Patel Stadium, Ahmedabad from February 24.