Home » Cricket » Ind vs Eng 2021: India are not making the most of Hardik Pandya’s batting prowess – Ajay Jadeja

Ind vs Eng 2021: India are not making the most of Hardik Pandya’s batting prowess – Ajay Jadeja 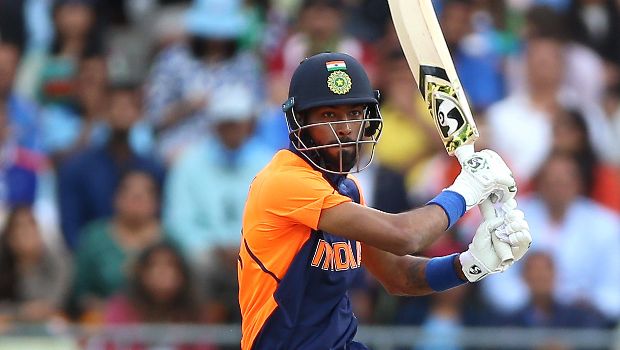 Former Indian batsman Ajay Jadeja believes India are not making the most of Hardik Pandya’s batting prowess in the ongoing five-match T20I series against England.

Pandya had meandered to 19 runs off 21 balls in the first T20I and couldn’t add the finishing touches. Similarly, the hard-hitter failed to get any timing in the third T20I as he was dismissed after scoring 17 runs from 15 balls. Virat Kohli was able to go all guns blazing at the other end but Pandya couldn’t up the ante.

Jadeja believes Pandya should be promoted in the batting order as it is difficult for him to score runs against England’s frontline bowlers like Jofra Archer and Mark Wood, who bowl in the death overs. Pandya has the skills to turn the match on its head and he can be a really dangerous batsman if he gets going.

Jadeja said, “I feel some players are not playing in their ideal positions. For example, I am a big fan of how Hardik Pandya plays his game. When he came out to bat today, look at the England bowlers who had overs left. Archer, Wood, and an over or two of someone else.”

Jadeja feels Pandya can get big runs against a weak bowler of the opposition and he has the ability to put the team in a commanding position with the help of his pyrotechnics.

“There is no team who has five frontline bowlers. You will always have one bowler who’s slightly weaker than the others. India needs to understand which batsman will give them the maximum returns when they come up against a particular bowler,” said Jadeja.

Hardik Pandya has a blistering strike rate of 143.24 but his average in T20Is is a paltry 18.43. However, the all-rounder has done an amazing job while playing for Mumbai Indians in the Indian Premier League.

Pandya has a whirlwind strike rate of 159.27 and he is consistent in the lucrative league as he averages 29.27 for the five-time champions. Thus, Pandya has the skills to add the finishing touches to the team’s total.

The fourth T20I will be played at the Narendra Modi Stadium, Ahmedabad on Thursday.