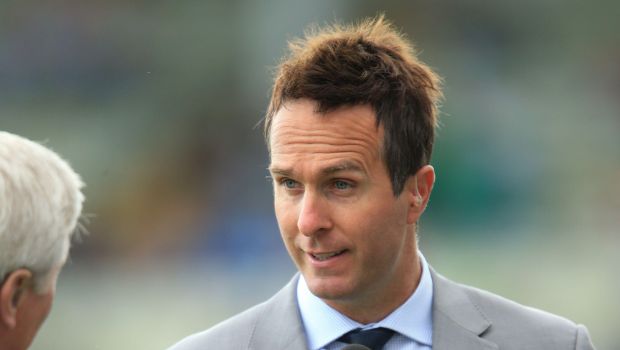 Former England captain Michael Vaughan has finally shifted his focus from pitch to the performance of both the teams.

After India skittled out England for a paltry score of 205 runs in the first innings of the fourth Test, Vaughan praised the Indian bowlers and stated that it was a very average batting performance from England.

England skipper Joe Root won the toss and elected to bat and thus the visitors had the chance to make the first use of the track. The pitch had nothing much for the Indian bowlers but they were able to trouble the English batsmen. The Indian spinners once again dominate the proceedings as they collectively scalped eight wickets.

Axar Patel was the pick of the bowlers as the left-arm spinner scalped a four-wicket haul. Ravichandran Ashwin took three wickets whereas Mohammed Siraj impressed as he bagged a brace. Washington Sundar also took the crucial wicket of Ben Stokes, who top-scored for England with 55 runs.

Jonny Bairstow, Daniel Lawrence, and Ollie Pope were able to get off to starts but none of them were able to go past the 50-run mark. In fact, there was not a single partnership of 50 runs in England’s innings.

Vaughan wrote on his Twitter account, “India today with the ball showed why they are so good in these conditions … Pitch did very little for 60 overs, and they completely out-skilled & out-thought England … !! High class … England with the Bat was very very average … #INDvENG”.

Vaughan added that England’s batting was worse than the last few matches as there was hardly any assistance for the bowlers.

Vaughan wrote, “England’s batting so far worse than any of the last few Tests … This Pitch is a perfect surface to get a big first-innings score … No spin … Ball coming onto the Bat … Very poor Batting so far”.

England was not at their best and they would be disappointed that they failed to make the most of the good batting conditions. The visitors were not able to get the momentum on their side as Indian bowlers were right on the money.

Meanwhile, Michael Vaughan had consistently criticized the previous two Test matches pitches but heaped praise on India for their performance in the first innings of the ongoing Test.