Ind vs Eng 2021: India should play KL Rahul in all the three ODIs – Gautam Gambhir 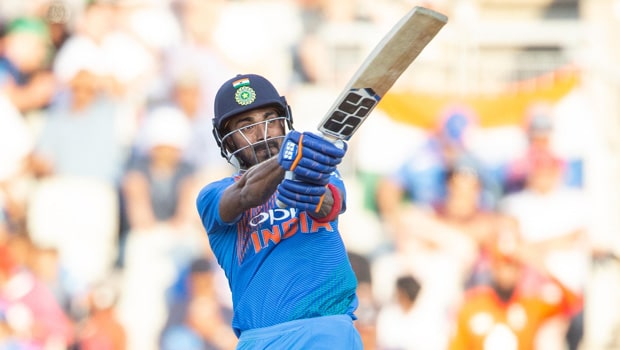 Former Indian opener Gautam Gambhir reckons the team should play out-of-form KL Rahul in all the three ODIs against England. Rahul had struggled to get going in the T20I series against England in the first four matches and thus he was dropped from the final XI as Virat Kohli decided to open the innings with Rohit Sharma.

Rahul could only muster 15 matches in the four T20Is he played against England. The flamboyant batsman returned with scores of 1, 0, 0, and 14 and struggled to find any kind of impetus. However, Virat Kohli, vice-captain Rohit Sharma and batting coach Vikram Rathour had put their weight behind under-fire Rahul.

Gautam Gambhir believes the only way to get a player back in form is to give him opportunities. The former Delhi player feels it is frustrating for the player to spend time on the sidelines if he is out-of-form.

“Dropping anyone will not do them any favour. He (Rahul) will have to play three ODIs. Someone is out of form, the only way you can bring them back is by giving them more opportunities,” Gambhir told ESPNCricinfo.

“Because when you are sitting on the bench, it is not a good feeling. Because you know you have been dropped, and that feeling is not the best feeling,” Gambhir added.

Earlier, the Indian skipper Virat Kohli had revealed that Shikhar Dhawan and Rohit Sharma will open the innings in the ODI series, which means KL Rahul will bat in the middle-order. In fact, India has picked Rahul in the final XI in the first ODI and he will also keep the wickets ahead of in-form Rishabh Pant.

Meanwhile, Rahul is a crucial part of the limited-overs format and has done tremendously well for the team. The stylish batsman was the leading run-getter in the limited-over series against New Zealand back in 2020.

Subsequently, he continued his sublime form while playing for Kings XI Punjab (now Punjab Kings) as he amassed 670 runs at an impressive average of 55.83 in the IPL. Thus, he had finished as the leading run-getter in the tournament.

Rahul will aim to get back into form in the ODI series and grab his opportunities with both hands. England has won the toss in the first ODI and they have elected to field first.