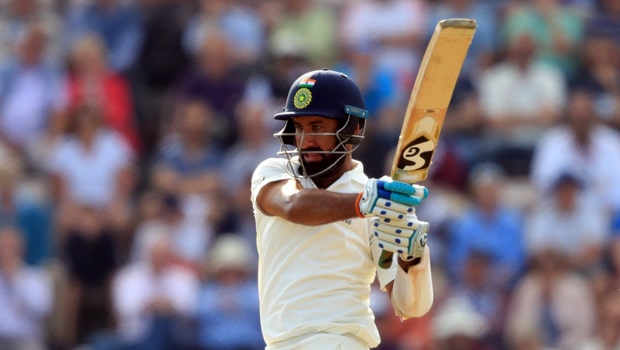 The Indian team had got off to a horrendous start in the Border Gavaskar series at Adelaide Oval when they were skittled out for only 36 runs, which is their lowest ever Test score. Pat Cummins and Josh Hazlewood had run through India’s batting order and nothing had gone in the visitors’ favour.

However, Cheteshwar Pujara, India’s rock-solid batsman, is optimistic that the team will not replicate Adelaide disaster in the third Test match against England, which will be a pink-ball affair. It is well known that the pink-ball moves more than the conventional red-ball and its seam also lasts longer.

However, there will be a difference in the ball as Kookaburra is used in Australia whereas the SG ball will be used in India. Furthermore, the Indian conditions aren’t that conducive to seam bowling and the Indian batsmen are also familiar with their own conditions.

But there is no doubt that Indian batters will need to be at their best while facing the likes of James Anderson and Jofra Archer. England can also go with three seamers depending on the pitch.

“It’s a different ball game in Australia. The ball was seaming around a lot, we had one bad session which led to disaster. Overall, in the first innings, we were still in a dominating position. Here we’re playing in familiar conditions, the ball is also different. We’re very confident that we’ll put up a good show and we’ll not look back at what has happened in the past,” said Cheteshwar Pujara.

“Experience doesn’t matter a lot playing one-off pink ball Tests. It’s Test cricket and we’ll have similar game plans we had in the last match depending on how the pitch is,” he added.

On the other hand, Cheteshwar Pujara will have a key role to play. Pujara has been getting off to starts but he hasn’t been able to get a big score under his belt in the last eight Test matches he has played. The right-hander has played two pink-ball Test matches in which he has scored 136 runs, including two fifties.

The Indian team will look to make the most of their momentum and replicate their previous Test performance. The third Test match will be played at the Sardar Patel Stadium, Ahmedabad from February 24.