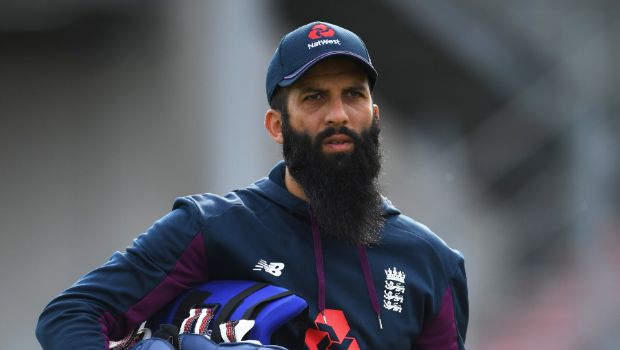 England’s off-spinner Moeen Ali has admitted that the Indian batsmen didn’t let him settle in the first innings of the ongoing second Test match at the Chepauk Stadium.

The off-spinner stated that the hosts’ batsmen didn’t allow him to bowl the way he wanted to bowl. Ali scalped four wickets in the first innings but lacked control in his bowling as he conceded 128 runs in the 29 overs he bowled at an economy rate of 4.40.

Ali scalped the big wicket of Indian skipper Virat Kohli with a peach of delivery as he found the gulf between the bat and pad to hit the stumps. However, the off-spinner was not consistent right throughout in the spin-friendly conditions. In fact, Ali bowled a lot of freebies and also bowled some full tosses, which helped the Indian batsmen score freely.

On the other hand, Rohit Sharma scored a magnificent knock of 161 as he batted at the top of his game. Rohit added a fine alliance of 162 runs with Ajinkya Rahane, who scored a brilliant knock of 67 runs. Furthermore, Rishabh Pant scored a blistering knock of 58 runs from only 77 balls. As a result, India was able to post a par score of 329 runs in the first innings after winning the toss.

Ali couldn’t play any Test matches against Sri Lanka as he was tested positive for Covid-19 and then he was also left out of the first Test against India. The off-spinner feels the lack of match practice also led to his inconsistency.

“Yesterday I felt I really bowled well. They didn’t let me settle, Rohit and Pujara played me particularly well and never let me bowl the way I wanted to bowl. Getting four wickets was nice though and I know that had I played the practice games I would’ve done better. Virat is a brilliant player of spin, to get him out was great. It was a nice ball.

“The preparation has been tough. I didn’t play any games because I ripped my finger and bowling in games is different from bowling in the nets. I think we just need to fight, it is going to be tough for us to win or draw this game.

“We need to show some fight with the ball and the bat. The toss is massive here. The difference between the two sides was Rohit’s innings and he just took it away from us,” Moeen Ali said.

On the other hand, Moeen Ali couldn’t contribute much with the bat as he was dismissed by Axar Patel after he could only score six runs. England was bundled out for a paltry score of 134 runs in the first innings and thus the hosts had a first-innings lead of 195 runs. India currently leads by 329 runs and have four wickets in hand.