Ind vs Eng 2021: Indian team can crush England with their batting – Aakash Chopra 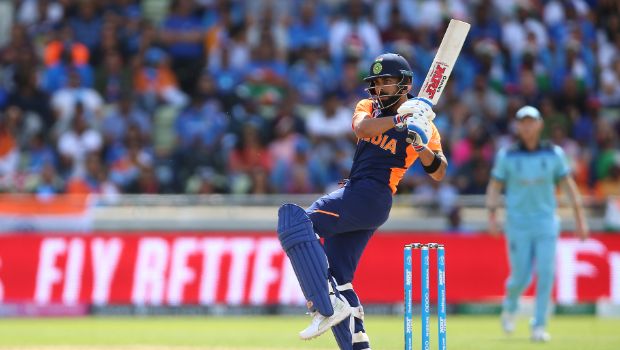 India is back to its full strength with the return of Virat Kohli in the batting order. Furthermore, all the Indian batsmen were in decent form in the recently concluded series against Australia.

Shubman Gill scored 259 runs in the three-Test matches against Australia whereas Rohit Sharma was also getting off to starts in the last two Test matches. Cheteshwar Pujara was rock solid whereas Ajinkya Rahane had also scored a fine century in the Boxing Day Test match.

Furthermore, Rishabh Pant had top-scored for the Indian team on the tour of Australia as he had scored 274 runs in the three-Test matches. Thus, England bowlers will have their work cut out in the Indian conditions.

“Kohli and Bumrah are back, which is a very good thing. Ishant Sharma is fit and available, and I think he is playing. Kuldeep Yadav will be seen playing Test cricket after two years, and I am delighted about it. The hope is that the ball will turn, and he will make England lick the dust,” said Aakash Chopra on his YouTube channel.

“The Indian batting will be their biggest strength. The Indian team can crush England with their batting. If you start from Rohit Sharma till Rishabh Pant, all the batsmen in this lineup have the ability to score 150-200 runs,” observed Chopra.

On the other hand, Chopra believes the game will be defined by how England spinners Jack Leach and Dom Bess will bowl in the Indian conditions. Both of these spinners had collectively scalped 22 wickets on the recent tour of Sri Lanka. However, Leach and Bess don’t have a lot of experience under their belt as they have played 12 Test matches each.

Consequently, Moeen Ali, who has experience of 60 Test matches will play a crucial role in the Indian conditions. Furthermore, the visitors will want their experienced fast bowlers like Stuard Broad and James Anderson to be at their best. Jofra Archer, who has great pace under his repertoire will also hold the key.

There is no doubt that India will be favourites and England will have to play out of their skin to stun the hosts. The first Test match starts tomorrow at the MA Chidambaram Stadium, Chennai.