Ind vs Eng 2021: Ishan Kishan was calculative in shot selection, was not restless – Virat Kohli 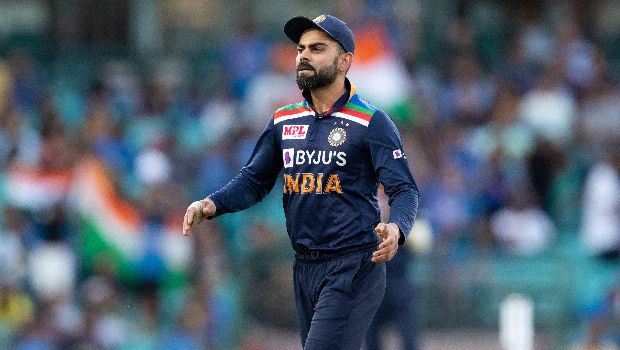 The Indian skipper Virat Kohli was all praise on the 22-year-old youngster Ishan Kishan who played a match-winning knock against England in the second T20I at the Narendra Modi Stadium, Ahmedabad on Sunday as the hosts won by seven wickets.

Kishan, who made his T20I debut, played fearlessly as he took the attack against the opposition bowlers.

The southpaw had a magnificent season for Mumbai Indians in IPL 2020 and continued his sublime form. The lad from Jharkhand, had a great start to his career as he got off to a mark with a boundary on the first ball he faced from Jofra Archer.

Kishan didn’t look back from there as he scored 56 runs from 32 balls with the help of five fours and four sixes and went for the shots on the balls which were in his hitting arc. The left-hander didn’t hold back and showed no signs of nervousness in his debut game.

Kohli stated that Kishan was calculative in his shot selection and he was not at all restless in his approach as India tied the T20I series 1-1. Kohli also gave credit to the bowling line-up as they restricted England to a below-par score of 164 runs after winning the toss.

Virat Kohli said in the post-match presentation, “We ticked all the boxes we wanted to, and to give away only 34 odd in the last five overs is a very special effort. Special mention to Washi and everyone chipped in and all in all very happy with the bowling and batting as well. It did come onto the bat a bit better in the second innings and the slower balls stopped gripped and a special mention to Ishan the way he batted.

I tried to do what I can but he kept following his instincts and it was a quality innings on debut. When you play in the IPL with such dominance as he has and he is a fearless character and he knew that he was hitting the ball well and he is very calculated and not restless. Today that counterattacking innings from him and that partnership was needed”.

On the other hand, Kohli was dismissed without troubling the scorers in the previous match and his own form has come under scrutiny in the recent past as he had scored his last International hundred back in 2019.

However, the talisman scored an unbeaten knock of 73 runs from 49 balls and helped his team get over the line. Kohli revealed that he had a chat with his wife and good friend, AB de Villiers, and they helped him in turning the tables.

Kohli added, “I had to shift the focus back to the basics of the game and I always take pride in doing the job for the team. Just kept my eyes on the ball and my wife is here and she keeps telling me a lot of things about what I need to do. We have great management that keeps us in the right space. And also I had a special chat with ABD before the start of the game and he just told me to watch the ball. That’s exactly what I did”.

Kohli was back at his best and played a typical Kohli’s innings to help his team chase down the target with ease. The Indian skipper will aim to continue the good show. The third ODI will take place on Tuesday.