Home » Cricket » Ind vs Eng 2021: It can be a bit of a problem if you haven’t faced Jasprit Bumrah before – Jos Buttler

Ind vs Eng 2021: It can be a bit of a problem if you haven’t faced Jasprit Bumrah before – Jos Buttler 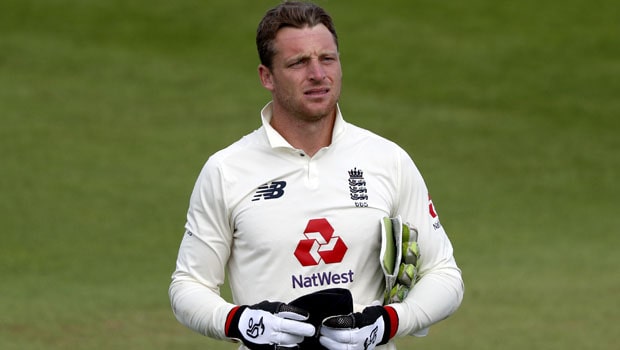 England’s wicket-keeper batsman Jos Buttler believes it is going to be a challenge for the English batsmen, who haven’t faced Jasprit Bumrah before. Only six out of the 16-man squad of the England team have played in the IPL. Thus, not all the players have the experience of facing Bumrah.

Meanwhile, Jasprit Bumrah has a unique action and it is not easy to pick him up. Furthermore, Bumrah uses different angles while delivering the ball, which makes it difficult for the batsman. Moreover, Bumrah consistently bowls over 140 km/h and he can trouble the opposition batsman with his accuracy.

There is no doubt that it takes time to get acclimatize to Bumrah’s action and it can be an issue if you are facing him for the first time.

Buttler, who plays for Rajasthan Royals in the IPL has faced Bumrah on multiple occasions and he feels that the IPL experience will be the key on India’s tour.

“If you haven’t faced guys before and somebody like a [Jasprit] Bumrah, who has a bit of unique action, it can be a bit of a problem. It takes some [time] getting used to it. Certainly, for the boys who have played international cricket before against India and played against [them] in the IPL, certainly know the angles and what to expect a little bit,” Jos Buttler said during a virtual press conference on Saturday (January 30).

“I think the thing that IPL does give you is familiarity with the wickets, and the guy having played against the majority of the guys, sort of understanding of their action and how they try and bowl,” he added.

On the other hand, apart from the upcoming Test series, England and India will also lock horns in a five-match T20I series. England is at the top of the ICC T20I rankings and Buttler believes the series against India will give them a perfect opportunity to prepare for the T20 World Cup. The T20 World Cup will take place in India in the October-November window.

“We had a very settled team during the ODI World Cup as guys played for a long period of time, and I think that was a huge plus for us going into the tournament. T20 side, we haven’t had that time to play together as a group and familiarity with roles, so to play against a brilliant side like India gives us the perfect preparation for that tournament,” Jos Buttler continued.

Meanwhile, Buttler will head back home to England after the first Test match at Chennai as a part of the team’s policy to rest multi-format players. The first Test match will take place at MA Chidambaram Stadium, Chennai from February 5.