Home » Cricket » Ind vs Eng 2021: It was a challenging surface for us on Day two – Graham Thorpe

Ind vs Eng 2021: It was a challenging surface for us on Day two – Graham Thorpe 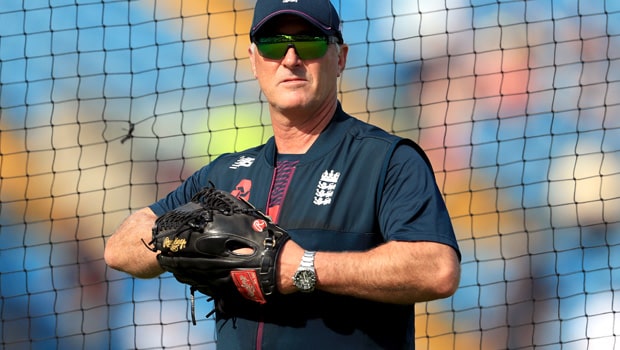 None of the England batsmen, except Ben Foakes, were able to get any kind of momentum in their innings. Foakes scored an unbeaten knock 42 runs but none of the batsmen was able to get settled.

Ravichandran Ashwin was absolutely unplayable as the off-spinner returned with 5-43, which is his 29th five-wicket haul in the Test fold. Axar Patel got the big wicket of in-form England captain Joe Root and also accounted for Moeen Ali.

The ball was turning square and the tourists just couldn’t show any resistance on the second day. As a result, the visitors were skittled out for a paltry score of 134 runs and fell short by 195 runs to India’s first innings total of 329 runs. Thorpe heaped praise on the potent Indian spin attack and also revealed that they couldn’t execute their plans to perfection.

“Yep, yeah it’s incredibly challenging on that surface for us on day two. They have a really good spin attack as well, on their own conditions. And it was a very good toss to win,” Thorpe said in a press conference after stumps.

“Well there were some balls on the pitch which you might not know too much about but we talked about trying to have a plan, being clear in the air about how you can attack and how you can defend. Umm..so guys had plans but that happen today for us. There were some good deliveries, some unfortunate dismissals as well, some good catches from India as well. We didn’t get the punch, Ben Foakes played very well, ball got a little bit softer. It wasn’t quite so much of the devil in the delivery but we’ve lost early wickets,” he added.

Furthermore, the inexperience in the England batting order didn’t help. The Indian spinners were too good in the arduous conditions and there was no getting away from Ravichandran Ashwin and Axar Patel, who kept the pressure from both ends. Furthermore, Ishant Sharma also chipped in with two wickets whereas Mohammed Siraj also got one wicket.

Joe Root was dismissed cheaply after scoring only six runs and he was the big scalp for the Indian team as he has been in red-hot form. The hosts currently lead by 249 runs and they have nine wickets in hand.