Home » Cricket » Ind vs Eng 2021: It was a shame that England didn’t experiment in the T20I series – Michael Vaughan

Ind vs Eng 2021: It was a shame that England didn’t experiment in the T20I series – Michael Vaughan 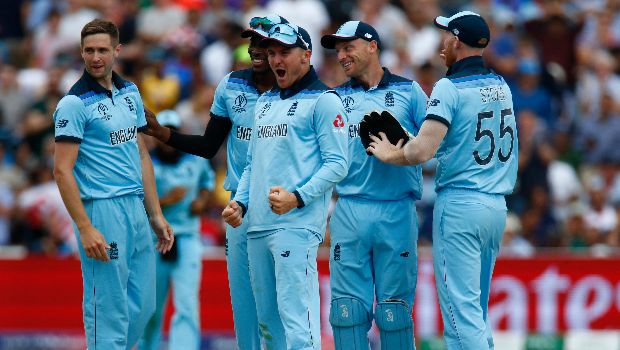 Former England skipper Michael Vaughan was not impressed with the team’s selection in the recently concluded five-match T20I series against India.

Vaughan believes it is a shame that England didn’t experiment much in the T20I series. The visitors didn’t make a lot of changes to their playing XI and also didn’t alter their batting order.

Ben Stokes was asked to bat at number six and many cricket boffins feel he was wasted at that position. Furthermore, England’s middle-order disappointed with their performances as they couldn’t get going after the top order did a decent job.

On the other hand, the Indian team tried a few new things in their playing XI and also batted with a fearless approach. The think tank gave opportunities to players like Ishan Kishan and Suryakumar Yadav and both of them were able to grab it with both hands. India showed that they were not a one-trick pony in the series.

With the T20 World Cup to be played in India later in the year, England could have experimented a little but the visitors were too predictable, according to Michael Vaughan.

“It was a shame England did not experiment in this series by giving other players a chance. They also left the left-handers to dominate the finishing positions and bowled in the same way for too long. Their bowling is good with Jofra Archer world-class but my concern is they went with one trick – bowling quickly into the pitch – and it was found out,” wrote Michael Vaughan for Telegraph.co.uk.

Meanwhile, Hardik Pandya smashed 39 runs from 17 balls in the final T20I match and added the finishing touches which helped the team in posting a par score of 224 runs. Vaughan believes England bowlers were predictable and thus Pandya was able to take advantage.

“They have to be careful not to become over-reliant on data, which showed that bowling quickly above the stumps was the way to go. For example, Hardik Pandya’s strike rate comes down if you bowl chest or shoulder height. But he is a good player. He knows what is coming. He just sat back and played off the back foot. He was not just going to allow England to dictate,” he continued.

Vaughan feels England needs to be flexible and adaptive according to the playing conditions and the opposition’s strengths and weaknesses.

England is one of the top limited-overs teams in the world and they will aim to come up with a better performance in the coming ODI series. The first ODI will take place at the Maharashtra Cricket Association Stadium, Pune on 23rd March behind closed doors.