Home » Cricket » Ind vs Eng 2021: It was as if England picked the side for the last Test – Nasser Hussain 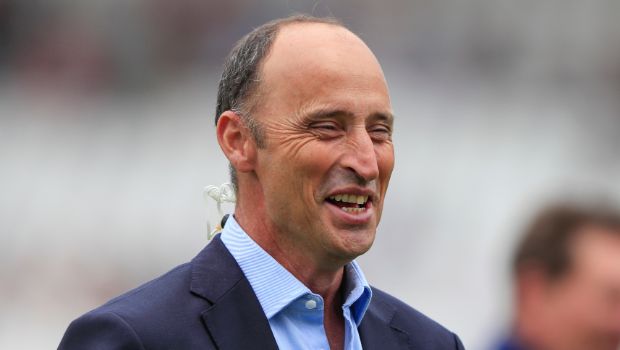 Former England skipper Nasser Hussain has slammed the English team’s selection strategy. The visitors are playing with only three front-line bowlers as they rested Stuart Broad and Jofra Archer.

The tourists bolstered their batting line-up as they got Daniel Lawrence into the final XI.

However, the fourth Test match pitch has some assistance for the fast bowlers, and India’s rookie pacer Mohammed Siraj was able to get the purchase out of it. The tourists picked two spinners in their playing XI and Hussain feels Joe Root and Chris Silverwood have picked a side that would have suited the third Test match, where the ball was turning square.

Though there was some help for the pacers, it was the Indian spinners that once again did the bulk of the damage. Axar Patel scalped a four-wicket haul whereas Ravichandran Ashwin took three wickets. Mohammed Siraj bagged a brace whereas Washington Sundar got the crucial wicket of Ben Stokes.

“Five times they have failed to make 200 in this series and now they’ve only just scraped past that modest total thanks to a couple of reverse sweeps from Jimmy Anderson. It just shows where they are with their batting in these conditions. It was almost as if England had picked a side for the last Test. They left out two of their seamers because they thought the ball would spin from day one again but as it turned out it did a bit for Mohammed Siraj and Ishant Sharma on the first morning,” Nasser Hussain wrote for Daily Mail.

In fact, England had played Jack Leach as the solitary spinner in the third Test match when the ball was turning miles. Hussain feels the visitors have once again failed to read the conditions as they have played only main fast bowler in James Anderson.

“England can count themselves very lucky they did win that toss because bowling would have been hard work for them with the attack they chose. Yes, you can see the need for an extra batsman, in this case, Dan Lawrence, on a poor pitch, but in this game, England needed three seamers and the extra spinner. They have not read the conditions well and have not played particularly well,” added Nasser Hussain.

Meanwhile, England could only manage 205 runs after winning the toss. Ben Stokes top-scored with 55 but the visitors were not even able to get a single 50-run partnership. Thus, it was a below-par batting performance from the tourists on a decent batting wicket.

However, England has made a solid comeback as they picked two crucial wickets of Cheteshwar Pujara and Virat Kohli on the second day morning.