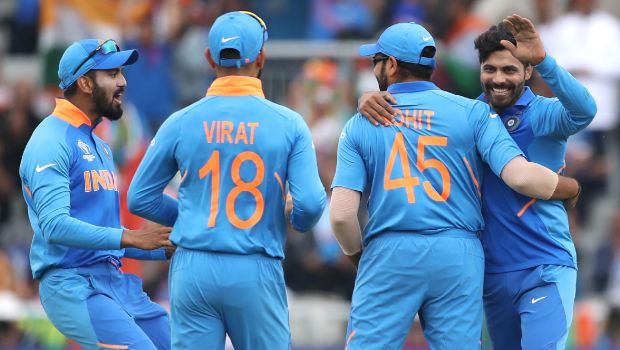 Indian legend Sunil Gavaskar has played down the criticism of the second Test match pitch at the Chepauk Stadium.

The ball has been turning square from the opening day and some of the foreign experts reckon that it is not a fair pitch as India has prepared a bunsen.

However, it should be noted that the conditions are similar for both the teams and the Indian team has been able to make the most of them so far. The hosts won the crucial toss and posted a par score of 329 runs after Rohit Sharma scored a magnum opus knock of 161 runs. Ajinkya Rahane also scored a crucial knock of 67 and added a fine alliance of 162 runs with Rohit Sharma.

India’s wicket-keeper batsman Rishabh Pant scored an unbeaten knock of 58 runs as he continued his sublime form. Thus, the Indian batsmen were able to show the character on the difficult pitch.

On the other hand, England was skittled out for a paltry score of 134 runs in the first innings as none of the tourists’ batsmen, except Ben Foakes were able to show any kind of gumption.

The Little Master stated that it’s not an unplayable pitch but it sure is a challenging pitch for the batsmen as the ball has been turning viciously since the morning session of the opening day.

Sunil Gavaskar said while talking to Star Sports before the start of the third day, “It’s not unplayable. It’s a challenging pitch, and that’s what cricket should be about. In the first Test, on the first two days, when nothing was happening, people were saying ‘it’s boring, nothing is happening. It’s so easy to bat.’ So, there has to be a bit of balance between what is said. You cannot be complaining all the time”.

“There are some who are forever complaining about this, that or the other. Yes, it’s a challenging pitch. Rohit Sharma showed in the first innings. More than that, in the 2nd innings, after England have been bowled out for 134, Rohit showed no discomfort against England spinners.

Gavaskar added that one can argue the English spinners – Moeen Ali and Jack Leach – are not as good as Ravichandran Ashwin, who scalped his 29th five-wicket haul in the first innings and breathed down the neck of the visitors’ batsmen. However, Gavaskar feels that blaming the pitch for England’s performance is not fair.

India has put themselves in a commanding position as they lead by 351 runs and have four wickets left in their second innings.