Home » Cricket » Ind vs Eng 2021: Jack Leach reveals how he can learn from Ravichandran Ashwin and Axar Patel 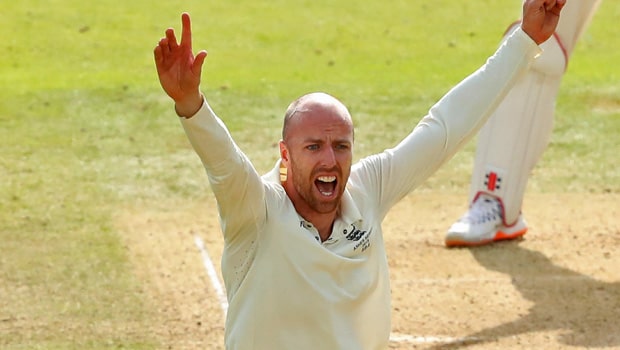 India’s veteran off-spinner Ravichandran Ashwin and greenhorn spinner Axar Patel have played a key role in the team’s win in the last two Test matches. Ashwin had scalped eight wickets in the second Test match and also scored a fine century to bag the Player of the Match award.

Meanwhile, Jack Leach has done a decent job for England. Leach is the third-highest wicket-taker of the series behind Ashwin and Patel, as he has taken 16 wickets in three Test matches at an average of 26.75. This is Leach’s maiden tour to India and he hasn’t done too badly in the spin-friendly conditions given the lack of experience he has as an overseas spinner.

Leach feels he can learn a lot from Ravichandran Ashwin and Axar Patel as he has observed both of them from close corners in the ongoing series.

Leach wrote in his column for Sky Sports, “When you see players having so much success, like Ravichandran Ashwin, who has just got to 400 Test wickets and has a lot of experience in India, and Axar Patel, who has had a great start to Test cricket, of course, you try to learn from them.”

“Ashwin is very clever in how he changes his seam position; he’ll bowl to the same spot but the way it gets there and whether it hits the seam or hits the lacquer varies and the ball reacts very differently.”

Leach also praised Axar Patel for his impressive performance in the ongoing series. Patel has continuously troubled the England batsmen with his arm delivery and he has been deadly accurate in his line and length.

“Then Axar is someone who seems to present every ball the same, a squarish seam, then a few skids on and the odd one grips – that has been so effective on the wickets we’ve played on.”

The Indian spinners have dominated England and the visitors have failed to come up with answers. The tourists’ batsmen have not been able to execute their skills in the tough conditions and they have looked at sea while facing Ashwin and Patel.