Home » Cricket » Ind vs Eng 2021: James Anderson fears he and Stuart Broad might have played their last Test together

Ind vs Eng 2021: James Anderson fears he and Stuart Broad might have played their last Test together 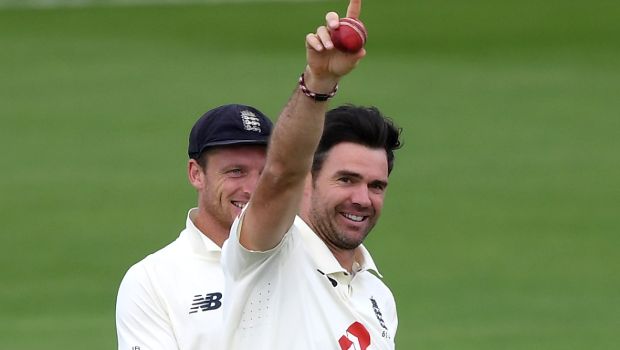 England’s veteran fast bowler James Anderson is hopeful of reuniting with his formidable bowling partner Stuart Broad but also fears that they might have played their last Test match together.

England has employed the rotation policy and they want to manage the workload of the players, especially their fast bowlers. England has fast bowlers like Jofra Archer, Mark Wood, Olly Stone, and Chris Woakes and it makes sense to rotate them.

However, Anderson, 38, is hopeful that England will once again require his and Broad experience later in the year.

“I love bowling with Stuart but It has definitely crossed our minds [that they have played their last Test together]. I just hope there will be times in a crucial match when they will need our experience. All we can do is try to stay in the best shape possible and if we do get the nod together next summer or in the back end of the year do our best for the team,” said Anderson.

“It’s another tricky one to predict. We have so many good fast bowlers in our group now. Olly Stoke was brilliant in the second Test, Mark Wood is back out here and if Jofra Archer is fit too we have a lot to choose from.”

Anderson added that he isn’t shielded by England and backs the team’s decision to give frequent rest to the players to help them stay fresh.

“I don’t think I’m being shielded. It’s a case of trying to stay fit as long as possible and England not bowling anyone into the dirt until they break. The best way to get your best players firing as long as possible is to give them a little rest every now and then,” said Anderson.

On the other hand, Anderson had bowled a fiery spell of 3-17 in the second innings of the first Test match at Chennai. The experienced campaigner had got the ball to reverse and had breathed down the neck of the Indian batsmen. But Anderson was rested from the second Test match. The swing master doesn’t expect a lot of reverse swing with the pink ball.