Home » Cricket » Ind vs Eng 2021: Jasprit Bumrah is quite a hard bowler to prepare for – Rory Burns

Ind vs Eng 2021: Jasprit Bumrah is quite a hard bowler to prepare for – Rory Burns 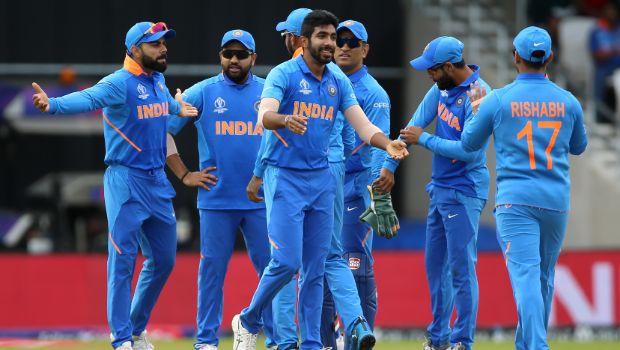 England’s opening batsman Rory Burns has admitted that India’s ace paceman Jasprit Bumrah is quite a hard bowler to prepare for.

Bumrah has a relatively small run-up but he creates angles with his release and gets the balls to move in the air as well as of the pitch.

Furthermore, Bumrah has an awkward action and it is not easy to pick him up if the batsman is facing him for the first time. The fast bowler can consistently bowl above 140 km/h and he is mostly accurate with his line and length. Thus, Bumrah is known to breathe down the neck of the opposition batsmen.

Meanwhile, Rory Burns was recently rested for the series against Sri Lanka to be with his family for the birth of his child. Burns has returned back to the England squad for the first two Test matches against India and the left-hander will open the innings with Dom Sibley.

“Bumrah is quite a hard man to prepare for, isn’t he? He is obviously unique in terms of how he comes and bowls.”It would just be about working those angles. I saw the recent series between India and Australia and they are in a pretty handy form, not necessarily their first playing XI at different points, but still, they managed to get over the line, it is just going to be a big challenge in their own conditions, looking forward to it,” Burns said.

Both Burns and Sibley for known for their good defensive skills and they will look to give a good start to their team whereas Jasprit Bumrah had missed the last Test match against Australia due to abdominal strain however he will be part of the first Test against England. Interestingly, it will be Bumrah’s first Test match in the Indian conditions. Bumrah is expected to share the new ball with Ishant Sharma, who is called back into the Test squad.

On the other hand, Burns added that Joe Root leads from the front. Root is in sublime form as he had scored 426 runs in the two-Test matches against Sri Lanka. The England captain has got the best out of his players and he will look to come up with his best against the potent Indian team.

“Root obviously leads from the front, you have seen that in the Test series against Sri Lanka, it was incredible to see him go about his business. He is a leader by example, in terms of how he captains the team, he is an easy bloke to follow,” Burns said.