Home » Cricket » Ind vs Eng 2021: Jasprit Bumrah to be rested for limited-over series against England – Reports

Ind vs Eng 2021: Jasprit Bumrah to be rested for limited-over series against England – Reports 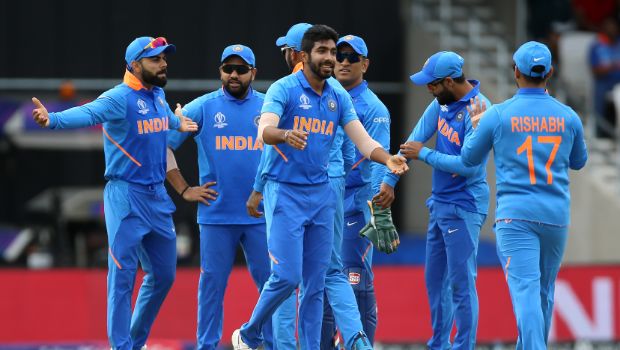 India’s gun fast bowler Jasprit Bumrah is expected to be rested for the limited-overs series against England as per the latest reports.

Bumrah has been playing continuously and it is crucial to manage his workload. The ace paceman was also rested in the second Test match against England at Chennai.

India will play five T20Is and three ODIs against England after the completion of the ongoing four-match Test series.

A BCCI source told PTI on the condition of anonymity, “Jassi has already bowled close to 180 overs, including nearly 150 overs (149.4 overs) in four Test matches (till the first Test versus England) since the start of the Australian tour. Add to that, the number of hours spent on the field. It is only logical that after these two Tests in Motera, where he will have a big role to play, he should be given rest for the white-ball leg.”

On the other hand, Jasprit Bumrah hasn’t been at his usual best in the white-ball format in the recent past. Bumrah could only scalp five wickets in the nine ODI matches of 2020 at a poor strike rate of 102.60. Thus, Bumrah will need to turn the tables in the limited-overs format.

With two T20 World Cups to take place, it will be crucial for Bumrah to find his A-game and deliver the goods for the team. Bumrah is deadly accurate with his line and length and he can consistently hit the blockhole in the shortest format of the game, which is his forte.

Meanwhile, the first Test match against England at Chennai was Bumrah’s maiden Test match in the Indian conditions. The right-arm pacer scalped four wickets in the first Test match. The fast bowler from Gujarat will return to the final XI for the third Test match and he is expected to replace Kuldeep Yadav, who didn’t get a lot to bowl in the second Test.

The third Test match will be played at the Sardar Patel Stadium, Ahmedabad from February 24 and it will be a pink-ball contest.