Home » Cricket » Ind vs Eng 2021: Joe Root becomes the first player in history to score a double century in his 100th Test match

Ind vs Eng 2021: Joe Root becomes the first player in history to score a double century in his 100th Test match 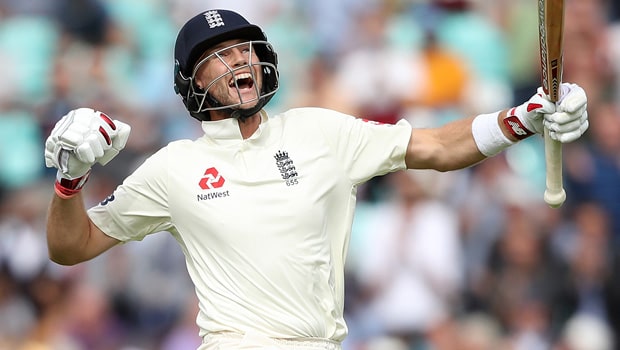 England captain Joe Root has become the first player in history to score a double century in his 100th Test match. The talisman scored the fifth double century of his Test career as he amassed 218 after facing 324 balls. The right-hander scored 19 fours and two sixes as he batted at the top of his game.

Root looked at home while facing the Indian spinners and played with aplomb. The English captain has been in red-hot form in the recent past and he had scored 426 runs in the two-Test matches against Sri Lanka. Root had scored a double ton against Sri Lanka and he was to replicate the same against a potent Indian bowling line-up.

Earlier, the record for scoring the most runs in a Test inning while playing the 100th Test match belongs to former Pakistan captain Inzamam-ul-Haq, who had scored 184 runs against India back in 2005.

Root also becomes the third batsman after Alaistair Cook and Virat Kohli to score ten 150-plus scores in Test cricket since 2010. He also became the first batsman to score a 150-plus score in his 98th, 99th, and 100th Test.

The right-hander looked in fine form and the Indian bowlers had no answers to his onslaught. The flamboyant batsman played with class and there was no stopping him once he got settled.

In fact, it has been noticed throughout Root’s career that he generally gets a big score once he goes past the 100-run mark. Root added 200 runs with Dominic Sibley for the third wicket and then shared a 124-run partnership with Ben Stokes.

Courtesy a fine knock of 218 runs from Joe Root, England was able to post a gargantuan score of 578 runs in the first innings.